This is the stuff of horror movies. Michael Caine was accidentally locked inside an attic of an abandoned theatre overnight by his crew, where he’d fallen asleep in a makeshift dressing room. 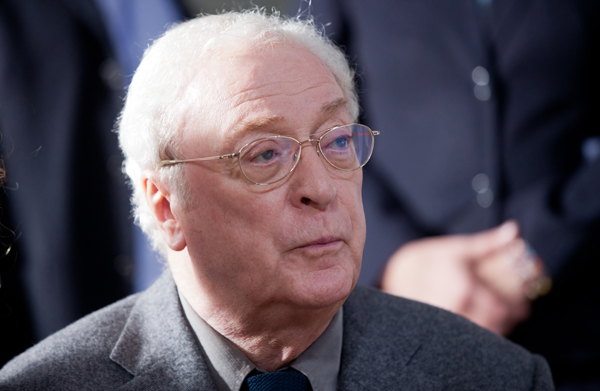 You know how sometimes you have nightmares that feel so incredibly real, it’s almost disturbingly shocking to wake up? Now, imagine if you woke up and you were still in the nightmare. That’s pretty much how Michael Caine felt.

The 79-year-old actor had to spend the night in a pitch-black, makeshift attic dressing room after getting locked in.

Caine was in New Orleans filming his new movie, Now You See Me, in an abandoned theatre. Fatigued from a long workday, the actor popped up into the attic for a nap and slept through the director calling a wrap.

“Production all assumed he was safely outside in his trailer, and therefore locked up for the night,” stated a production source.

“When Michael eventually woke up, he realized he was locked in. His mobile phone was in his trailer, and there was no electricity in the attic, meaning he couldn’t see a thing. It was pitch black.”

Caine was eventually found in the morning by a maintenance crew member who heard his cries for help. It’s safe to say that the actor was not very pleased. The upside? He was given the day off to recover from the utter shock and trauma of being abandoned by everyone.

The actor must have Cain-ed their Abel keisters in the morning, no?