This probably wasn’t the reaction Jennifer was expecting from her bosses, but the American Idol judge may have to rethink leaving the music competition after the show exec pleads with the musician to reconsider. 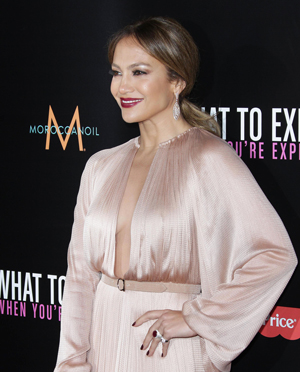 Those are the feelings from American Idol executive producer Nigel Lythgoe, who says he isn’t ready to say goodbye to J.Lo. The reality show head honcho spoke to TMZ about Jennifer’s future with the show after the musician claimed she might not be staying around for the next season.

Nigel is responding to the triple threat’s recent comments on the Ellen DeGeneres Show, on which she said she didn’t know if she would be returning for season 12 of the reality singing show.

“Now this is my second year. I don’t know if I can go for a third year,” says Jennifer on show, according to MTV.ca. “I miss doing other things. It really does lock you down, which was nice the first year with the babies being 3, but now they’re getting more mobile, they’re about to go into school… I just don’t know.”

But Nigel says even though he really wants to continue working with the 42-year-old, he wants her to make the best choice based on her life.

“I know how much she loves doing the show and how much she cares for the kids,” says Nigel. “It’s a business. She has to weigh everything. I know she’s gotten lots of offers to do movies and other things.”

Well, the ball is in your court now, J.Lo. Decisions, decisions.