Girl just can’t catch a break. Known as Octomom, Nadya Suleman’s bankruptcy claim has been rejected by the judge. What does that mean? 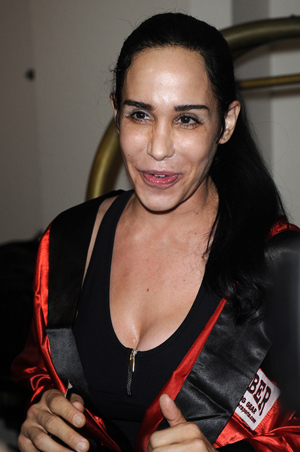 Uh-oh. It appears someone did not make a checklist…

The media’s darling Octomom, or Nadya Suleman, has just been denied bankruptcy status due to lack of all required documentation.

“The case is dismissed, the automatic stay is vacated and all pending motions and adversary proceedings are moot and dismissed,” read the order of dismissal obtained by E! News. “Any discharge entered in this case is vacated.”

Suleman filed the claim on April 30 after being hounded by creditors for the $1 million debt she owes, stating:

“I have to do what is best for my children and I need a fresh start.”

Suleman’s home in La Habra, California (shared by all her 14 children) was scheduled for auction this month but was allotted an extension until May 21.

Now the creditors can unleash their vengeance and lust for money upon her, since she is not sheltered by bankruptcy protection.

But Suleman is not without prospects. Recently she signed on for a role in an adult film… So she’s definitely going places.