Despite Cissy Houston’s claims that the upcoming Houston family reality show will help family members cope with their tragic loss of Whitney Houston, we have some reservations about the moral validity of this project. 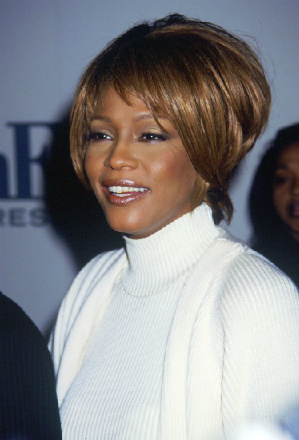 We are all familiar with the five main stages of grief — denial, anger, bargaining, depression and acceptance — but many of you probably didn’t know about the less prominent sixth stage: star in your own reality show. Just ask Cissy Houston, mother of the late Whitney Houston, who believes that the recently announced upcoming Lifetime reality show, which will co-star herself, Whitney’s daughter, Bobbi Kristina Brown, and other members of the Houston clan, will help the family cope with its devastating loss, “keeping the family as one.”

Cissy may have a point — you rarely ever see one Kardashian doing anything without the rest of the clan — but she also notes that the new, sobering reality show, which focuses primarily on Pat Houston, Whitney’s manager and sister-in-law, will be a valuable launching pad for granddaughter Bobbi Kristina’s singing career. According to Cissy, the apple that is Bobbi Kristina didn’t fall very far from her legendary vocalist mother’s tree.

But wait a second. Doesn’t this all seem just a tad exploitative? Though producers insist a Houston family reality show was in the works before her untimely passing, we can’t help but question this show’s morals. If what producers are saying is true, then the original show concept clearly wouldn’t have involved the dimension of dealing with Whitney’s passing; it would have been another show entirely, likely involving Whitney herself and a reasonable, relatively morally sound vehicle to launch Bobbi Kristina’s music career. But now that the show has apparently shifted to revolve around much darker subject matter, the fact that it is still expected to provide Bobbi Kristina with valuable career exposure feels kind of icky.

To be clear, we are not for a moment questioning the very real grief the Houston family must be experiencing. In fact, we think the idea to document the family’s recovery process can be extremely beneficial to many other families trying to cope with the same loss the Houstons have. But when it is suggested that there may also be a thoroughly self-serving objective at play in the show’s existence, one that has almost nothing to do with what should be its primary focus, it starts to seem as though the family may need a little bit of moral guidance.

It’s not just the Houston family proper that has jumped on the questionable-reality-show-in-the-aftermath-of-tragedy bandwagon: Bobby Brown, Whitney’s ex-husband, is also set to star in his own show (he already tried his hand at a reality show in his single season of Being Bobby Brown, which also featured Whitney). He has even been trying to get his daughter Bobbi Kristina involved in his show for months, but Bobbi keeps refusing — they have a very strained relationship as it is, and besides, she’s got her own reality fish to fry. For Bobby Brown, a notoriously difficult man whose first stab at reality TV fizzled out pretty quickly, to be granted yet another shot at his own show so soon after the death of Whitney Houston smells a little unkosher. Unless his show also plans to focus on how he’s been coping with the loss of his ex-wife. Though we somehow doubt that’s the case.

We sincerely hope the Houston family and all those who were close to Whitney are able to find peace and ways of coping with her death. We would just so rather not be made to think they are also seeking some personal benefit from Whitney’s passing. Cissy, Bobbi and Bobby: Prove that we’re wrong in thinking this. Please.