Will there be an open chair on the American Idol judging panel? Maybe, according to the musician, who says she doesn’t know if she will be returning to her judging gig for season 12 of the hit show. 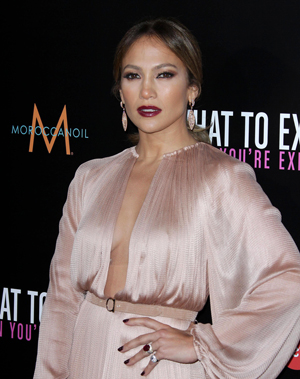 Will season 11 of American Idol be the last for Jennifer Lopez?

The “I’m Into You” singer and American Idol judge is creating quite a stir in the entertainment realm after she came out saying she isn’t sure about her future with the music reality competition.

“Now this is my second year. I don’t know if I can go for a third year,” says Jennifer on the Ellen DeGeneres Show, according to MTV.ca. “I miss doing other things. It really does lock you down, which was nice the first year with the babies being 3, but now they’re getting more mobile, they’re about to go into school… So I just don’t know.”

Really? Is American Idol going to change its judges again? It sounds like the show is turning into The X Factor. The 42-year-old mom and musician joined the show in 2010 and insists that despite her uncertainty on where she’ll be next in terms of her career, she loves her judging gig.

“I really do enjoy it,” says Jennifer.

OK, we get that “Jenny from the block” doesn’t want in on the show anymore, but isn’t it kind of a coincidence that she revealed this when earlier this week, according to Deadline.com, FOX exec Kevin Reilly said season 12 of the hit reality show will be experiencing “some creative tweaking,” possibly because the show’s ratings have “dropped more than anticipated”? But Reilly asserts he has no intention of getting rid of any of the American Idol judges.

So if that’s the case, what’s the deal, J.Lo? Are you staying or going?