Sometimes we forget that celebrities aren’t here just for our entertainment, but are human beings who, in some cases, harbour some very troubling secrets. We discuss some of the admirable stars who have bravely let us in on their darkness. 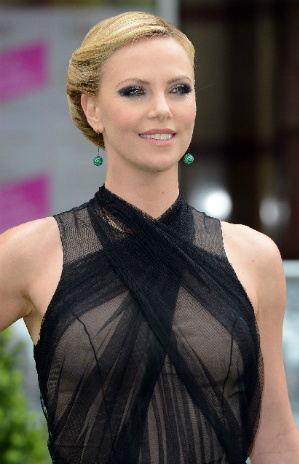 Let Sarah Hyland be a lesson to us all: No matter how perfect someone’s life may seem — starring on a popular sitcom, receiving accolades for her performance, and being young and gorgeous, to boot — we never really know what darkness she might be facing. In a recent Seventeen magazine interview, Sarah revealed the shocking fact that she underwent kidney transplant surgery due to her struggle with kidney dysplasia. The donor? Her dad.

The generosity of her father and the care from other loved ones — including her on- and off-screen boyfriend, Matt Prokop — who have helped her through this very difficult ordeal is not lost on Sarah; she maintains an inspiringly grateful and positive attitude. Yet despite her brave face, there is no denying the gravity of her situation. Sarah has courageously let us in on a very dark personal secret, the kind we not only don’t usually encounter from celebrities, but from most people in general.

Ordinarily we like when celebrities’ dirty laundry is aired out in public; news that stars may have some skeletons lurking in their room-sized closets is what sells all those juicy tabloid magazines. But there are cases, like Sarah’s, in which celebrity secrets move well beyond the realm of entertainment and right into tragic territory. We respect the celebrities who have the courage to share their often harrowing secrets; hearing of their personal strife humanizes these otherwise superhumans, and we are reminded that fame and fortune ultimately don’t keep the kidney dysplasia away.

Sarah is certainly in brave company. Here are some other celebrities who have let the public in on some very dark secrets.

She may glisten more brightly than that Oscar sitting on her mantel, but that doesn’t mean she’s free of darkness. For a long time, Charlize would say in interviews that her father had been killed in a car accident when she was 15. Eventually, though, the Johannesburg, South Africa native revealed the much more terrifying truth about her father’s death: On a particularly drunken night, Charlize’s tyrannical father came home and was behaving so violently that her mother, in defence of her and Charlize’s lives, shot and killed him. Right in front of Charlize. We can’t even imagine what it’s been like for her to reconcile an experience like that, let alone share it with the public.

What would Blair Waldorf have to say? Leighton Meester, one of the stars of Gossip Girl, wasn’t born into extravagant wealth as her TV alter ego was; very much the opposite, in fact. Leighton revealed to plenty of raised eyebrows that her mother was serving time in prison for her involvement in smuggling drugs to America when she gave birth to Leighton. Luckily Leighton wasn’t born in the big house, but in a hospital (her mother returned to prison soon after giving birth), after which she was raised by her grandmother. Quite the scandal, but we admire Leighton’s frankness about her upbringing and family.

Even Oprah, now the queen of confidence and success, underwent a crushing experience as a young person. After many years on television, earning her millions upon millions of devoted audience members’ trust and adoration, a dark secret was revealed about Oprah: During her sexually promiscuous youth, Oprah gave birth to a child when she was just 14 years old. To make matters worse, the baby, who was born prematurely, died soon after. Oprah did not volunteer this information to the public; rather, a relative sold the story to The National Enquirer, betraying Oprah’s trust. According to her best friend, Gayle King, Oprah hid this secret for a long time because she was ashamed; she didn’t even know who the father was. However, once the secret was out, Oprah said she felt liberated and could properly heal. As for that untrustworthy relative? Well, we hope Oprah cut that person out of the will. And that’s bound to be one mighty big will.

Hilary Swank gets legal after company misuses image
Jon Hamm’s gone viral and we’re infected!
Eva Longoria on split from Tony: “I am secure in who I am”