While many of us are super excited to see Britney Spears and Demi Lovato at the judging table for The X Factor’s new season, an industry heavyweight is not as keen. 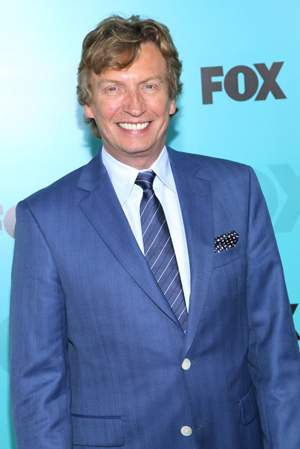 Lookie here… All of a sudden everyone has something to say about The X Factor now that Demi Lovato and Britney Spears have jumped on the choo-choo train to join Simon Cowell and L.A. Reid at the judging table.

So what is the public saying about the judge choices?

Nigel Lythgoe — demigod of the television world and director/producer of American Idol as well as So You Think You Can Dance — weighed in on the news, and he was not exactly jumping up and down, clapping for his life.

“I hadn’t ever considered them. I always like mentors who have a lot more experience,” Lythgoe told E! News. “Having said that, these two ladies have had so much personal experience, it’ll be interesting. I like someone who’s been there and knows the whole gamut of what these kids are going through and help them through.”

Yes, in terms of experience… Some of us have trousers older than Demi Lovato. Has she actually been around in the business long enough to bestow wisdom upon the newcomers?

Britney Spears, on the other hand… Her career and personal life is kind of like a kaleidoscope: You don’t really know what’s going on, but you like to look at it anyway.

What do y’all think? You’re in the safety of the internet — fear not and judge away.