She’s been on a bumpy ride when it comes to love, but now Eva Longoria is ready to open up about her experiences and how her former marriage to the NBAer has made her a stronger person. 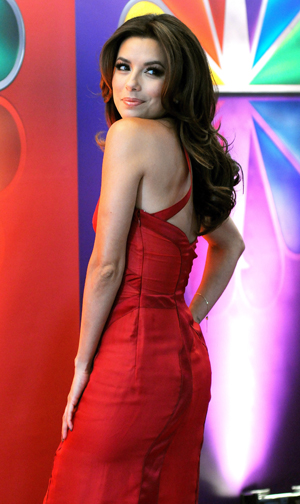 Eva Longoria is bouncing back from heartbreak and is ready to tell her side of the story.

The Desperate Housewives actress, who has been relatively mum about her divorce from NBA player Tony Parker, has opened up about her former relationship to the basketball player on Lifetime’s new show, The Conversation with Amanda de Cadenet, and she says that although she still hurts from the split, it has definitely made her a stronger woman.

“I’m actually really good about — that was him, that was that. I am so secure in who I am,” says Eva in the interview, according to USA Today. “I really am, and I’m not conceited. I just go, ‘Wow. OK, so that’s the life you want to live.’ It wasn’t about who he chose.”

But even though she is a strong woman, which is greatly admirable, Eva says in the interview that she began questioning her appearance and her personality, which she hoped would be the reasons Tony cheated on her.

“Am I not sexy enough? Am I not pretty enough? Am I not smart enough?” says Eva. “In so many of those questions, I immediately stopped and go, ‘No, don’t start doing that.’ Because you can get stuck in that cycle, and you can carry on to other things.”

Eva filed for divorce from Tony in 2010 when she found text messages from another woman on her then husband’s cell phone. The other woman was reported to be the now ex-wife of former Los Angeles Clippers basketball player Brent Barry, but neither party has claimed this as true.

Even though the 37-year-old had had a bumpy ride in the love department up to that point, she did move on with Penelope Cruz‘s youngest brother, Eduardo Cruz, whom she dated for almost a year. And she is also showing she still believes in the power of love with a new dating show for real women that she will be producing called All About Love — a show that will help single women in America find love.

Don’t worry, Eva. With your strong and confident personality and attitude, we know true love is right around the corner for you too!