The pictures never show any PDAs; maybe a reality show will? Kanye West is going to appear with Kim on the new season of Keeping Up with the Kardashians. 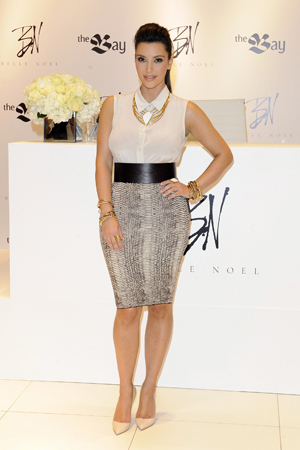 Oh man, should we be expecting to see a Kim Kardashian and Kanye West reality show soon?

But the rapper will be making a few guest appearances on the new season of Keeping Up with the Kardashians.

So many questions! Will we get to see Kanye West and Kimmy Kim cuddling up on the hood of a Mustang or sharing spaghetti a la Lady and the Tramp?

“My heart’s a little more guarded,” the reality star stated, citing her marriage to Kris Humphries as an influence. “I showed so much of myself in the past. You almost get embarrassed showing this big wedding, which I would have had, cameras or not. So I think you want to just guard yourself.”

Well, you never know. Maybe the new season will allow a little glance into the Kim+Kanye relationship… We all want to know the juicy details, no?

The new season of Keeping Up with the Kardashians kicks off this Sunday at 9 p.m. on E!, as usual.