No, this was not on an episode of Modern Family. Actress Sarah Hyland has undergone a kidney transplant to help her cope with the organ-related disease. 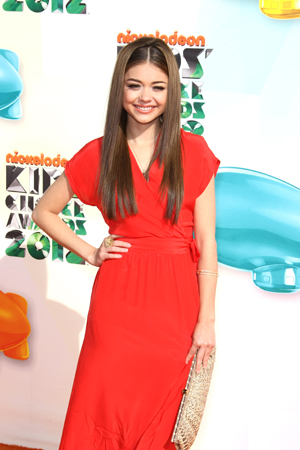 Oy. Modern Family star Sarah Hyland revealed in the latest issue of Seventeen magazine that she’s had a kidney transplant!

The 21-year-old actress reportedly underwent the procedure last month due to her ongoing struggle with kidney dysplasia.

“You know that family is going to be there for you no matter what. My dad gave me a freakin’ kidney!” the young actress told the magazine. “But it’s also the families that you create outside of our family. And you really find out what kind of people you’re friends with. It was just amazing, and it really opened my eyes to see who’s there for me and who’s not.”

Hyland also credited boyfriend, Matt Prokop, for helping her deal with the illness, stating that she is “one of the luckiest people in the world to have him be there for [her].”

Serious business right here. As a gesture of utter respect, we shall make no puns nor jokes. Godspeed!