Another day, another celebrity engagement rumour. The famous pop star has been rumoured to be tying the knot after a photo shows her wearing a ring, but sources close to the music diva say Lady Gaga isn’t walking down the aisle anytime soon. 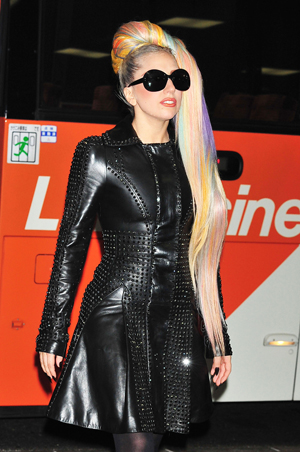 Has the Mother Monster found her soulmate?

Lady Gaga is proving that it is never — I repeat — never a good idea to pose with a giant rock on your finger, especially if you’re a mega pop star who has millions and millions of fans.

The “Born This Way” artist is causing a flurry of confusion after famed celebrity photographer Terry Richardson posted a photo of the singer on Twitter with her flashing a smile as big as the alleged engagement rock on her finger. Terry tweeted the photo on Sunday with this caption: “Gaga showing off her new engagement ring!”

Although the prospect of Gaga committing is intriguing and exciting, TMZ reports that this is just a rumour, and a source close to the 26-year-old says “Lady Gaga is not engaged.”

Recently it was reported that Lady Gaga had broken up with her actor beau Taylor Kinney, after reports from Us Weekly claimed the two were “on a break” after a 10-month courtship.

“She will be touring nonstop until next year and has found she can’t have relationship at the same time,” says a source to the entertainment magazine.

OK, so Lady Gaga is not engaged to Taylor Kinney or anyone else. Fair enough. But she still has a lot of explaining to do about the photo, since there must be some sort of meaning to it, right? Don’t keep us in the dark, Gaga.