It’s Demi’s time to shine! The singer/actress/dancer has reportedly earned the fourth and final judging seat for season two of the hit music competition, and she is expected to announce the big news very soon. 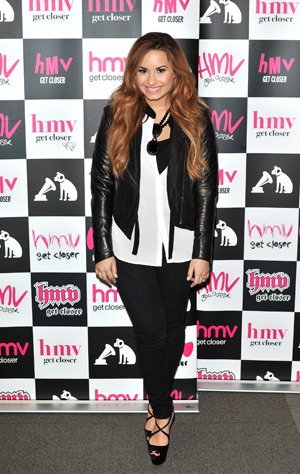 The former Disney star has reportedly been given the fourth judging spot on The X Factor. The news, which was revealed by TMZ.com yesterday, was unofficially confirmed by sources to E! News that said the 19-year-old triple threat has earned the coveted spot.

Sources told TMZ that both Demi and other reported soon-to-be X Factor judge Britney Spears will be in New York to announce their good news. Although it hasn’t been confirmed by FOX or head honcho and creator Simon Cowell, I think it’s safe for us to finally take a deep sigh of relief, since this whole search for the perfect X Factor judge has probably been more tiring for fans of the show than it has been for Simon.

The path to finding replacements for the music competition after Paula Abdul and Nicole Scherzinger were unfortunately axed has been a roller coaster ride and a game of tossing out every possible musician’s name for the role, from Katy Perry, to Mariah Carey, to the late Whitney Houston. Just last week, Demi’s fellow Disney alum Miley Cyrus was also slated as a potential judge, but according to E! Online, she was never made an offer.

Oh well, I guess there was room for only two former Disney beauties. Better luck next time, Miley.

Is Demi Lovato going to be an X Factor judge?
Demi Lovato almost ran over Sir Paul McCartney
Demi Lovato: “Being a celebrity is dangerous”