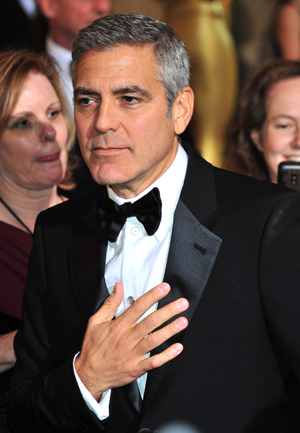 Not that we had any doubts, but Barack Obama owes George Clooney a big one.

Yesterday the 51-year-old actor hosted a political fundraiser for Obama’s election campaign, and… he raised $15 million!

The elite dinner was held at Clooney’s Los Angeles home, with tickets sold for $40,000 a pop. The festivities were organized under a covered basketball court, and guests sat at 14 tables decorated with blue hydrangeas.

So who were the humble folks in attendance?

The president walked between tables, engaging in casual chit-chat about favourite TV shows and family life. Numerous guests congratulated Obama on his momentous political stance in support of same-sex marriage.

While we are glad Obama has a loyal following and was able to raise money for his presidential campaign, we still think that money could have done more good for charitable organizations. But hey, that’s why we’re not in politics…