Howard Stern isn’t into sugar-coating things. The radio host is speaking loud and clear about his opinion on the pop star’s new role while also talking about his new reality television judging role. 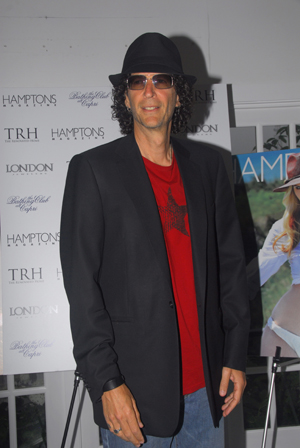 The outlandish American radio personality and new America’s Got Talent host is criticizing reported new The X Factor judge Britney Spears, and she isn’t even in the judging seat yet. In a press conference to discuss his new role and how he feels to be replacing Piers Morgan in season seven of the reality competition, Howard has some things to say about Ms. Spears becoming a reality show judge.

“I think it’s a wonderful decision. Britney still thinks the earth is flat,” says Howard, talking about the pop star’s new gig, according to The Daily Mail. “I don’t anticipate great opinions from her. I think she’s gonna sit there like J.Lo, ‘Oh, you’re wonderful, you’re terrific. You think I can get a perfume endorsement out of this?'”

Now he’s knocking American Idol too? Well, I think it’s time to sound the bells, because this sounds like the start of a music reality competition faceoff. But this brutally honest response from Howard is less than surprising, since he was dubbed a shock jock in the 1990s because of his controversial opinons on every topic possible. The “Till the World Ends” singer reportedly signed a $16 million contract for her new gig, and Howard says he can’t wait to watch Britney’s reality show debut so he can witness all the cringe-worthy moments.

“As far as any real criticism, I think Simon Cowell and L.A. Reid will do that… I think Britney will sit there and eat a lollipop and wear a sexy outfit,” says Howard. “I’ll tune in to see what kind of train wreck she is, absolutely.”

That’s kind of harsh, don’t you think? Especially since reality train wrecks usually happen during audition week, and we’re pretty sure Britney Spears will be there throughout the season.

But the 58-year-old radio guru is facing his own criticism from some people and groups such as The Parents Television Council, who don’t want to see the host on television because of his outspokenness and non-traditional views on family values. Yet Howard says he’s used to the backlash and is still looking forward to being a judge.

“It’s a perfect fit with me. What I like about America’s Got Talent is, it is true vaudeville. I don’t think I am a particularly handsome man. This is a face made for radio, so we will see how it does.”