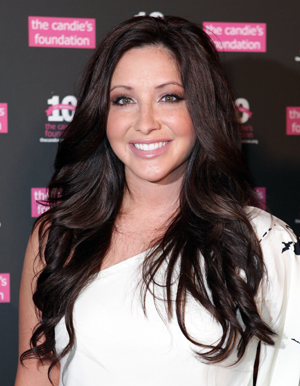 This is the kind of news that makes you want to implement a “speak only if intelligent” law upon the world’s populace.

Bristol Palin (why yes, she is Sarah Palin’s daughter) is under some heavy scrutiny for her online response to U.S. President Barack Obama’s choice to support gay marriage.

Obama recently cemented his support for same-sex marriage in an issued statement in which he also credited his young daughters (who have friends with gay parents) for solidifying his current liberal viewpoint.

Palin responded to the aforementioned statement via a blog entry titled “Hail to the Chiefs — Malia and Sasha Obama,” shooting down Obama’s readiness to allow his daughters’ opinions to shape his policy-making.

“While it’s great to listen to your kids’ ideas, there’s also a time when dads simply need to be dads,” Ms. Palin wrote. “In this case, it would’ve been helpful for him to explain to Malia and Sasha that while her friends parents are no doubt lovely people, that’s not a reason to change thousands of years of thinking about marriage. Or that — as great as her friends may be — we know that in general kids do better growing up in a mother/father home. Ideally, fathers help shape their kids’ worldview.”

Oh, children. Palin obviously is not familiar with a wee little concept called progress, which tends to change thousands of years of thinking. Were it not for that little concept, Palin would not even have the right to voice her opinion as a woman, and we’d all think the Earth is flat. Just sayin’…

Well, several celebrities chimed in on Palin’s outburst of “liberalism.”

“Bristol should keep her uneducated ignorant mouth shut,” Jersey Shore star JWoww tweeted. “If Ur living in the past u wouldn’t have a kid w/out marriage #hypocrite. It’s 2012!”

True story from a surprising source.

“‘we know that in general kids do better growing up in a mother/father home.’ really bristol palin? how’s your kid doing?” tweeted Samantha Ronson.

OK, one more just for fun.

Perez Hilton quipped on Twitter, “I think I need to give Bristol Palin a good massage. Girlfriend needs to RELAX!!!”

Bam! The Twitterverse has spoken, and it does not like intolerance. Let’s keep an open mind, y’all! Godspeed!