Canada better hold on to something sturdy: LMFAO will co-host this year’s MuchMusic Video Awards, and they are planning to bring a whole lot of personality to the show. 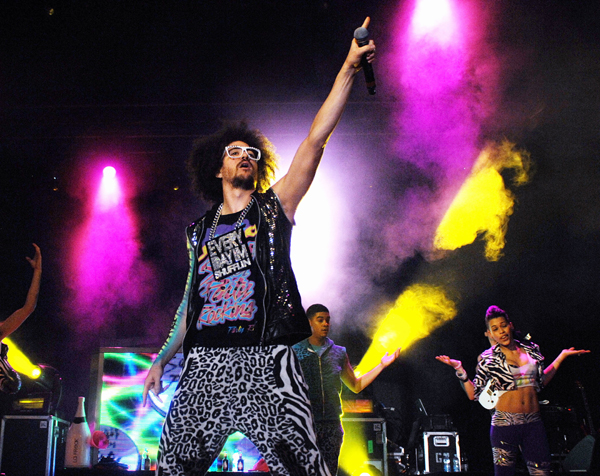 Oh man, the MuchMusic Video Awards are about to become a whole lot sexier.

LMFAO music duo has been announced as this year’s award show co-hosts. Hopefully Canada is ready for a truckful of leather pants and leopard err-thang!

The group’s members, Redfoo and Sky Blu, are not only thrilled, but are ready to bring “party rock” to our house.

LMFAO will also join Katy Perry on stage; no other acts have been announced yet. The nominees will be confirmed on May 15.

This is one of the biggest parties of the year, and it already sounds like a doozy. We need to set up a little urban jungle, maybe a few Jell-O wrestling pools, throw in Nicki Minaj, a surprise Bryan Adams performance and a guest appearance by Stephen Harper — sounds like a whole lotta good time.

But there ye have it. What do y’all think?

Can LMFAO revive Paris Hilton’s music career?
LMFAO give props to Paris Hilton
LMFAO Performs “Sexy And I Know It” on Tonight Show with Jay Leno