Lindsay Lohan is finding peace in a new way. The actress has decided to take up spiritual chanting and has enlisted the help of a very popular musician. 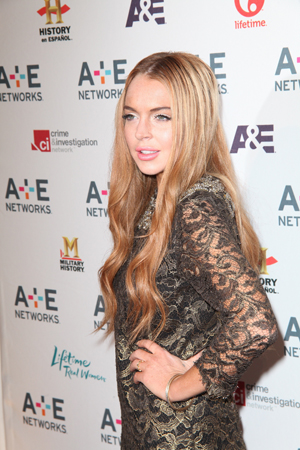 Lindsay Lohan is on a quest for inner enlightenment.

Or maybe just trying something new.

The young Hollywood starlet, who has been getting her life back on track — to the best of her ability, of course — is said to be trying a new avenue to find inner peace. In an interview with Access Hollywood, rocker Courtney Love says Lindsay is going to Courtney’s house to practice spiritual chanting.

“She’s coming to my house to chant…” says Courtney on Access Hollywood.

The famous rocker says that although she doesn’t speak to LiLo on a regular basis, Lindsay will be part of a group of women who go to the 47-year-old’s house to chant.

There is nothing better than chanting harmoniously and clearing your mind with rock royalty.

Courtney says she has been chanting ever since she began practicing Nichiren Buddhism in 1990 and that it has helped her a lot.

“[The chant] is very good for if you were a fighter…” says Courtney.

Well, Lindsay has definitely been fighting to get her life on track, so this would be perfect for her, don’t you think?