Oy. Lord of the Rings and Game of Thrones star Sean Bean was arrested in London on suspicions of harassing his ex-wife. 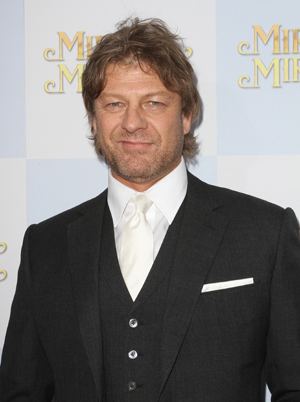 Game of Thrones star Sean Bean was reportedly arrested on Tuesday over allegations of harassing phone calls and abusive texts aimed at his ex-wife, Georgina Sutcliffe.

The Daily Mail reported that the actor was taken into custody at the Holborn police station in London on suspicion of harassing his fourth wife. He was released on bail.

The troubled couple married in 2008 and finally got divorced in 2010, with a strenuous separation and Bean’s arrest on suspicion of domestic violence under their belt. They had no children together.

No other details on the incident have been released.

Ah, the old pestering-your-ex trick. You have to admit, phone calls and texts are not that bad… At least he did not poop on her doorstep or put a horse’s head in her bed. We’ve all been there, right? Oh, just us again?

Well, there ye have it. Opinions?