John Travolta is suddenly in the middle of a pretty serious sexual harassment suit, but we think — well, we hope — he’s innocent. We offer what we think are five viable explanations for John Travolta’s alleged misdemeanours. 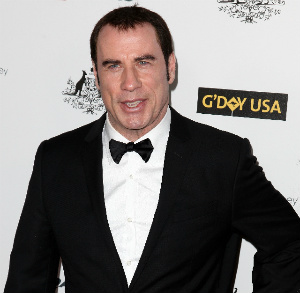 John Travolta, can it really be so? Are these lurid allegations that you sexually assaulted not one, but two masseurs while getting massaged true? Your reps are saying that these in-depth stories of your apparently violating behaviour are utter fiction, that you were not even on the West Coast when you allegedly made these advances. But these guys aren’t backing down and claim they have enough proof to take you to court. What are you going to do, Johnny?

We are clinging to the fact that John Travolta is legally innocent until proven guilty for dear life, no matter how insistent his suers are of his gross misconduct. This is Danny Zuko we’re talking about! He wouldn’t hurt a fly. So far John has the convincing alibi that he was not in the vicinity at the time of these allegations. But if that falls through for some reason, we encourage investigators to keep these five possible excuses in mind — anything to protect our beloved Vincent Vega. We’re pretty sure at least one of these explanations is viable:

In 1997, John Travolta co-starred with Nicholas Cage in Face/Off, a movie whose very basic premise is that two men — one good, one evil — undergo a surgery in which their faces are exchanged. It’s like a body swap movie, but far less plausible. Anyway, since the evil character has the face of a good man, he gets away with some very bad things while his face’s true owner reaps the blame. Someone must be pulling a very similar stunt on John Travolta: Obviously since John Travolta’s face is intact and attached to his body, he didn’t undergo any facial replacement surgery. But Face/Off was made in 1997, and facial transplant technology has surely advanced exponentially since then. We wouldn’t put it past some evil genius to create a machine that can replicate John Travolta’s face somehow and fashion a lifelike, foolproof mask. It could totally happen, you guys.

It’s been years since news first broke of the rumour that destroyed Richard Gere’s reputation forever. You know the one — something about being rushed to hospital due to a gerbil being lodged in his rectum. The story was apparently the brainchild of nothing more than an extremely creative and malicious mind, yet its scathing effects still haunt Richard to this day. We’re thinking that whoever came up with that story thought it might be fun to stir things up for John Travolta as well. All it could have taken was paying some masseurs a sum of money to make their allegations, figuring out the nitty-gritties, and boom! Travolta’s name is besmirched forever.

The man may be a wonderful dancer, but maybe he’s the worst tipper in the world. Nobody’s perfect! These allegations are probably just the result of too-often cheated masseurs who are tired of not receiving due compensation from the actor. It sure is a dirty way to play, but at least they have John Travolta’s attention and are showing they mean serious business.

Someone’s still bitter about losing out on Grease

Let’s face it: Grease really put John Travolta on the map. Danny Zuko is the role that John is and always be best remembered for. Which is probably hard for whoever it was who lost out on the part to John. After all these years, Grease is still one of the most famous movie musicals of all time; for someone who was this close to being a part of it, we figure the pain of losing that iconic part will last a lifetime. It’s no wonder this poor sucker would be out for revenge on John Travolta. By getting him involved in a scandal like this, maybe his Danny Zuko avenger will finally feel the vindication he so richly desires. We don’t think we will, though.

John is going all Joaquin Phoenix

Remember when it looked like Joaquin Phoenix had officially lost it, with all his erratic behaviour and excessive facial hair? And then it all turned out to be for a project he was working on? Well, why can’t John Travolta be doing the same thing? If this whole debacle is in preparation for his next film, which we think it totally could be, we’re definitely going to be marking off its opening day on our calendars. It’s about time John played a part that was super-risque.