No, no, no! Gossip Girl star Chace Crawford is planning to make the move to Los Angeles, leaving New York all alone. 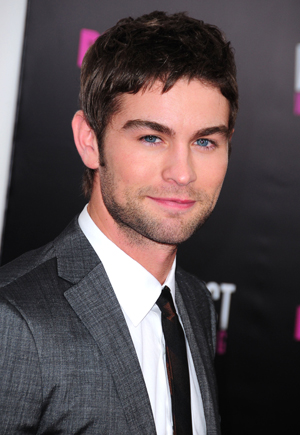 Say it ain’t so! Alas, ladies, Chace Crawford is planning to move even farther away from the Canadian border…

The Gossip Girl star is planning to say bye-bye to New York City and hellooo to Los Angeles once the sixth season of the show wraps up at the end of the year.

“It’s going to be sad to leave New York,” Crawford told E! News. “You can’t get any better than being in your early 20s and living in New York City and sort of having the keys to it.”

Well, the actor can now join fellow celebrities in L.A., where everyone’s got a golden tan, a pocket full of fifties and drinks fruit smoothies all day long. That’s what happens, right?

It will most likely be better for his blossoming career (his newest film is What to Expect When You’re Expecting), but having this cutie-pie close to Canuckland was a comforting thought. What if you accidentally ran into him whilst shopping in New York when the Canadian dollar is flying high? Heh…

But there ye have it. Godspeed!