What can’t Super-Harry do? After winning over the Caribbean and Brazil on his Diamond Jubilee tour, Prince Harry took over Washington. Question is, when is he coming to Canada? 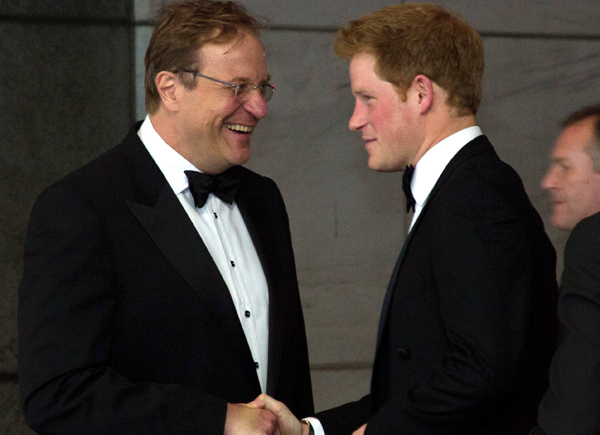 Well, how did this happen? The sultry Prince Harry flew to Washington, D.C., to accept an award but somehow neglected to stop in Canada for some Canuck luvin’? That just ain’t right…

But true. The young prince was in the American capital to accept the 2012 Award for Distinguished Humanitarian Leadership on his and brother Prince William’s behalf. The two royals were recognized by the Atlantic Council for their work in military charities such as Walking with the Wounded and Help for Heroes.

In case you’re looking for a great cause to support, both these charitable organizations not only help wounded British military men and women financially, but also with reintegration and re-education post service.

Oh, Harry, you do-gooder, you! He makes it practically impossible not to be smitten with his royal self. Heh, cue daydream.

But there ye have it. Follow Prince Harry: Do good deeds, and look dapper while at it. Godspeed!