After persistent rumours, it has been confirmed. Denise Richards and Richie Sambora are officially back together. Hopefully for good. 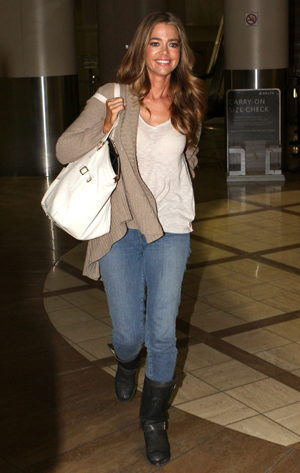 Denise Richards and Richie Sambora are back together, y’all! The two attended the Midnight Mission’s Golden Heart Awards in Hollywood, where Sambora was honoured for his support of the group (it aids the homeless of Los Angeles).

“This is a big night for Richie, so I’m here to support him. It’s really important work that he does,” Denise told E! News.

The twosome found each other shortly after Richards divorced Charlie Sheen and Sambora split from Heather Locklear.

They’re a cute pair, no? Sambora with his bad-boy attitude and run-ins with the law (not to mention the past substance abuse problems) and Richards with her cute blonde waves and Barbie smile. Perhaps they balance each other out.