She’s not just a pretty face; Scarlett Johansson can also kick some serious butt. The actress discusses her role as Black Widow and the exhausting fight scenes. 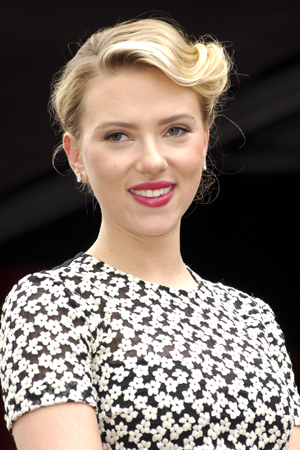 Well, The Avengers is taking the box office like a conqueror. But have you ever wondered what it takes to be a butt-whooping superhero — or rather, heroine?

Scarlett Johansson, who reprised her role as Black Widow in The Avengers, says it’s not only challenging, but also a strenuous period of being a walking human bruise. That sounds painful…

“You just have to get in the mindset that, for the next five or six months, you’re going to be permanently bruised,” the actress told Winnipeg Free Press.

She must have been the prettiest little plum in the world. (Get it? Bruises? Purple plums?)

And believe or not, Johansson was also not looking to be sexy in the film.

“I never think about my characters as being sexy. It’s not as if I actively look for sexy roles, it’s not a requirement that my character be pretty and delicate,” she stated.

As if anyone would be crazy enough to hire Johansson to play an unattractive, conservative tomboy… Hollywood knows its market.

There ye have it. It takes work to look that good in a catsuit.