Sadly, this morning Adam Yauch, a.k.a. MCA, of the Beastie Boys passed away of unspecified causes. He’d been battling cancer for several years. 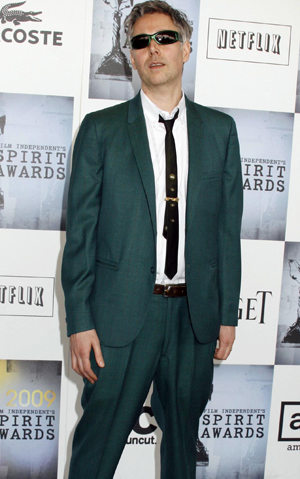 The iconic rapper known as MCA of the Beastie Boys died this morning at the age of 47.

Yauch was treated for a cancerous parotid gland in 2009, but announced last year that he was officially disease-free. Last month, Yauch could not attend the Beastie Boys’ induction into the Rock and Roll Hall of Fame due to an ailment. The official cause of death has not been revealed.

The Beastie Boys, of course, came into prominence with the release of their Licensed to Ill album in 1986. We all rocked our permed heads whilst mouthing the words to “The New Style” and “Fight for Your Right.” That album is considered one of the greatest of all time.

They just don’t make records like that anymore. Every song on that album could’ve been an anthem for a generation. MCA always led the Beastie Boys to new, innovative grounds.

Yauch is survived by his wife and daughter. Our condolences to the family.