George Clooney sure knows how to throw a party. The actor is planning to host a presidential dinner for Barack Obama, which is expected to rake in $12 million. 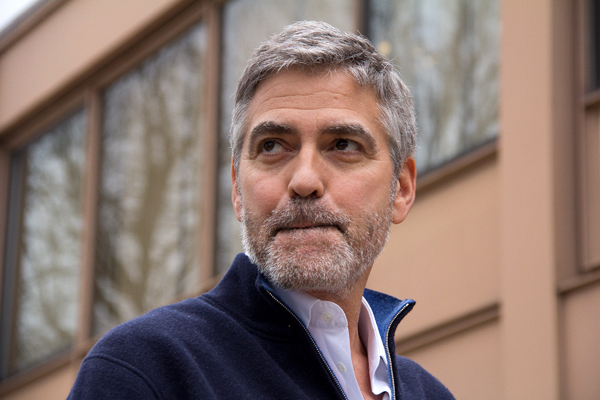 George Clooney must be a baker — he’s rolling in dough!

The actor/activist is rolling up his sleeves for a political fundraising diner pour President Barack Obama in Los Angeles. According to reports, Clooney is expecting to set a new record for U.S. presidential fundraisers by pulling in $12 million!

Holy mother of all! If you measure that in hours of potential shopping or in minimum wages… Oy, makes our heads spin.

Approximately 150 guests are set to attend the presidential extravaganza, which is to be held at George’s home. (Oh Gad, what’s the address?) If you’re wondering how much the pleasure of spending the eve in the company of the silver-haired fox would cost you (in a platonic kind of way, not in an illegal sense), tickets will go for a mere $40,000 each. Pocket change, really…

So, Obama must be the most underprivileged boy in America… Curiously enough, celebrities don’t throw such extravagant fundraisers for charity. In such an advanced age of technology, to invest such copious sums of money to pull a Harvard graduate on a trolley across a stage seems a little wasteful. No?