Wills and Kate are celebrating their first anniversary, also known as the paper anniversary. We offer some suggestions for those of you who want to show them you care! 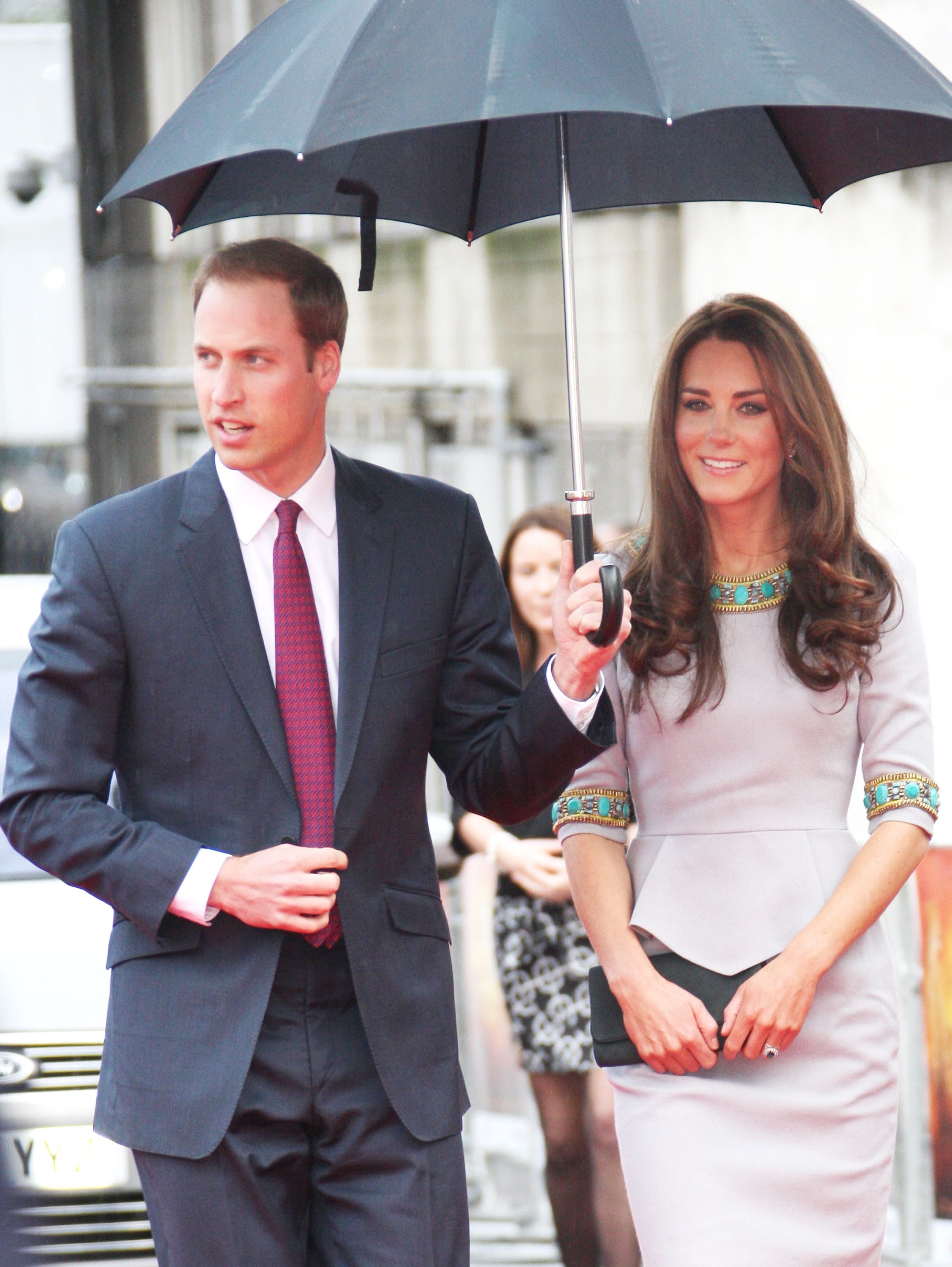 Time really flies, doesn’t it? It seems it was just yesterday that Wills and Kate announced their engagement, to the sheer bliss of the royal family-obsessed public (and, you know, the couple’s families). The world counted down the days to the wedding to end all weddings, and then the day itself was witnessed all over the world by bleary-eyed romantics who didn’t want to miss a second of the action: the now famous bridal dress, that swoon-inducing “you look beautiful” that Wills whispered to Kate at the altar and, of course, the nearly scene-stealing Pippa.

Now Wills and Kate have a solid year of marriage under their belts, and we couldn’t be more excited for them. The young royal couple turns us all into little girls again, reinstilling in us that whimisical belief that princes and princesses (OK, fine — duchesses) really do exist and can live happily ever after, despite the fire-breathing media dragons’ attempts to singe their enchanted matrimony.

To help Wills and Kate celebrate their first wedding anniversary — which is also traditionally known as the paper anniversary — and since most people don’t really have the means to purchase things that are literally fit for royalty, we thought we’d share some ideas for what might make good gifts to give the perpetual honeymooners. You don’t need gold and diamonds to really make an impression (we hope)!

People are still talking about that wedding dress — its exquisite lace and cloud-like lightness, and the way the stunning Kate appeared to float down the aisle, has left an indelible imprint in our minds and on our culture. It is an image perfect for representation through art, and we think the medium of sculpture, which gives a 360-degree perspective, is definitely the way to go. Seeing as it is the paper anniversary and given the fact that the dress itself appeared so delicate and light, origami is the perfect choice of material. It will take quite a lot of paper — we want this thing to be significantly bigger than your average paper crane — and certainly a lot of time, but the result will speak for itself. Now all we need is some origami lessons.

Staying in the vein of DIY arts and crafts gifts, why not play Picasso and give them the gift of a painting? Granted, the royals must have rooms full of stored portraits that people have painted of them over the years, but this could be your chance to really stand out from the crowd. Choose an image from the wedding that you particularly loved, and see if you can paint it as realistically as possible. If that fails miserably, visit some modern art exhibits, and give a more deliberately abstract representation a try. If it still just looks like stick figures wearing clothes, go full Jackson Pollock and give them something totally up for interpretation. If you’re still feeling embarrassed, tell them your 5-year-old did it. They’ll probably be delighted.

Are you one of those people who writes passionate, heartfelt letters that you ultimately never send for fear of what the other party might think? Well, if you are, and if the other party in question is comprised of Wills and Kate, then we have the perfect idea for you. Rather than just watch that stack of letters pile up in the back of your closet, we offer you the suggestion of putting them all together to create one very personal book. How you decorate the book is entirely up to you, but with your strong words about how their relationship has given you the courage to love again somewhat blurred by your dried teardrop stains, we know Wills and Kate will appreciate how much of you has gone into this thing. By sending them all together, you don’t have to worry about how they will react to each individual letter; you can get it all over with in one shove down that mailbox slot. And who knows? Maybe one day you can get it published! That reminds us: Make sure you make a copy for yourself.

If you’re one of those people whose excitement for the royal couple’s anniversary is not quite as high as it would be if they were expecting a child, then read on. Custom stationery is a wonderful gift to receive for this kind of occasion, and we’re sure Wills and Kate would appreciate the gesture. But if you really want to make an impression, we think you should design custom stationery that blatantly makes reference to a larger family than just the two of them. Perhaps “the happy family” or “and baby” could creep into the stationery heading — definitely something they could use only upon the expansion of their family. And because it’s Wills and Kate and you will ensure the stationery is of the finest quality available, they’ll be so eager to use it that they’ll have no choice but to start making babies already. The perfect gift!