He’s slow-jammed the news; he serenades his wife in front of millions of people; and he’s on the cover of Rolling Stone magazine. We’re pretty sure the logical next step for President Barack Obama is to host Saturday Night Live. 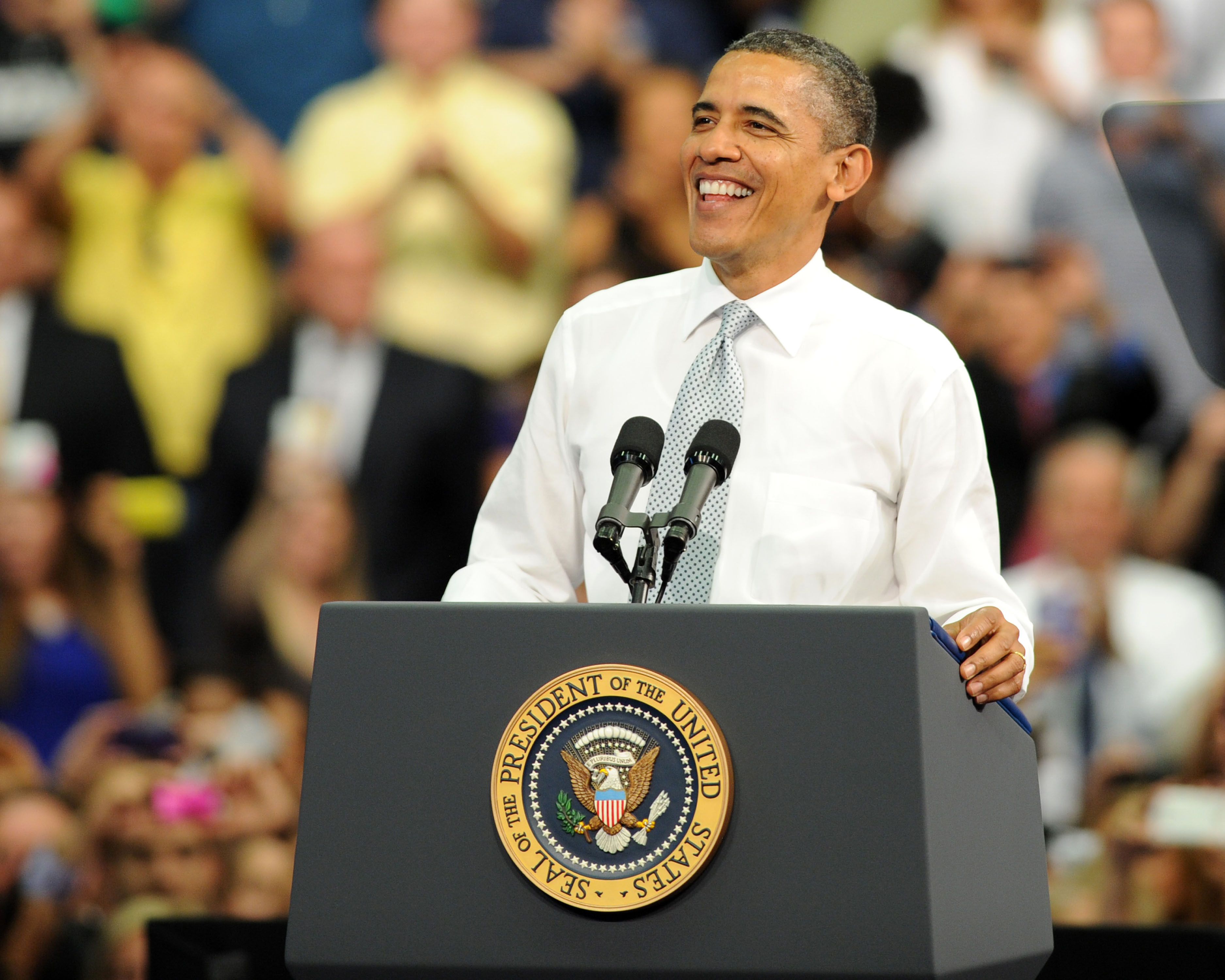 Fact: President Barack Obama is the coolest man in the world. And we don’t even mean he’s cool for the president, though as we all know, he is indeed exceedingly cool for the president. No, we mean that of all the men in the world — actors, doctors, athletes and hipsters included — Barack Obama is the coolest. Sure, it has a bit to do with the fact that he is the leader of the free world and is probably one of the most recognized and powerful people on the planet, but those are just minor details that help to illustrate the larger picture of Obama’s hipness.

Recent case in point: Obama’s appearance on Late Night with Jimmy Fallon, during which he helped Jimmy slow-jam the news. This featured Obama speaking about dry political topics, followed by a slanged-up, colloquial translation by Jimmy, and then all of it capped with a jazzy summation of what was said from a soulful singer — all of this set to some very smooth musical accompaniment.

But the man doesn’t just show us how cool he can make the news: He also puts all other men to shame in his bold shows of affection toward his wife, Michelle Obama. Husbands everywhere have the president to thank for the collective cold shoulder they received after millions of women watched Obama seranade his wife and realized what kind of romance they were missing out on in their own marriages. Obama’s so cool that he doesn’t care if other world leaders catch him in a moment of sappiness. Call him a pansy all you want, fellas — at the end of the day, he’s got a total fox on his presidential arm. What do you have?

And now, of course, he’s on the cover of Rolling Stone magazine. Generally Rolling Stone‘s covers and feature interviews are reserved for the world’s biggest music and movie stars, not presidents. But as we know, Obama is something of a rock star, and no one should really be surprised when the magazine that has the last word on what’s cool dedicates an edition to him. After all, he’s the coolest man in the world.

So what could the coolest man in the world possibly do to even further enhance his hipness? Easy: He should host Saturday Night Live. We already know the president has an extraordinary sense of humour about himself, so it is not as though he couldn’t handle the comedy. He seems to be a pretty friendly man too, so his rapport with the other cast members certainly wouldn’t suffer. And Fred Armisen’s impersonation of him goes over so well that the real thing would surely be an even greater success. We can see it now: a digital short featuring Andy Samberg, Justin Timberlake and Barack Obama — the three aficionados of romance. To be honest, we’re kind of amazed President Obama has not yet been the first acting president to host SNL; it seems like such a no-brainer.

OK, so there might be that pesky issue of security, and maybe it’s against the rules for SNL to act as any kind of official political platform (though it would definitely boost Obama’s numbers!), but doesn’t the thought of Obama appearing with Stefan on “Weekend Update” trump those little problems?

In fact, forget the presidential campaign; let this be the official launch of the Obama-to-host-Saturday-Night-Live campaign! Cool?