Has it really been a year? The happy royal couple, Prince William and Kate Middleton, celebrated their one-year wedding anniversary this Sunday. 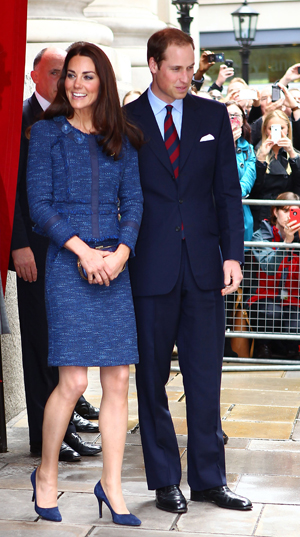 Oh, it feels like only yesterday Prince William was a mere 19-year-old, no one knew who Kate Middleton was and Pippa’s butt was not a venerated deity. But things have changed in Buckingham Palace…

Sunday marked the one-year wedding anniversary of Kate Middleton and Prince William. Yes, it’s been a full 365 days since we cried while Kate walked down the aisle in Westminster Abbey, shook our fists at an unknown sultry woman in a white form-fitting dress and smiled at the little frowning flower girl. Time flies…

So how did the royal couple celebrate the big day? There must have been a huge festivity with elephants, trapeze artists, Shakespearean plays and the queen doing the cha-cha, right?

Uhm, no. The two lovebirds went to a friend’s wedding instead. Well, that’s very anticlimactic of them.

“Will and Kate attended a friend’s wedding in Suffolk yesterday,” a source told E! News. “The couple were at St. Andrew’s Church in Wingfield, near Stradbroke, for the marriage of their close friends Hannah Gillingham and Robert Carter.”

But wait, there’s more. The royal couple finished the day by staying in at their cottage in Anglesey, probably reading Dickens by the fireplace whilst listening to Chopin. What a crazy anniversary extravaganza!

Of course, we respect this modern, down-to-earth couple and their sense of tameness. But they’re still young — where are the fireworks? We want juicy details, intrigues, a trip around the world by rowboat… Something!

More on the Royal couple