The man is an artist, after all — he will not be silenced! Peter Jackson decided to address the criticism The Hobbit movie sample garnered, pertaining to the new filming method. 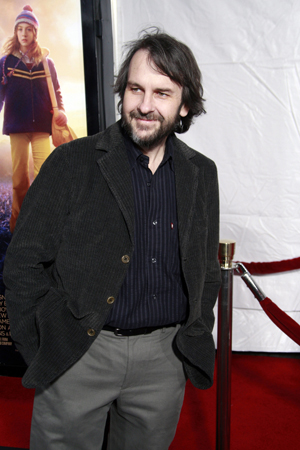 Good to know that Peter Jackson will not sit idly by while critics tear his newest masterpiece — The Hobbit — to cinematic shreds.

Last week, Jackson screened a 10-minute excerpt of his newest film at CinemaCon, and his revolutionary filming technique (48 frames per second as opposed to 24 fps) had some critics frowning with disappointment. The new filming method is meant to heighten the realism of the 3-D film and be easier on the eyes, but some viewers thought it was a bit too realistic.

The Oscar-winning director defended his work in a recent interview with Entertainment Weekly, stating:

“A couple of the more negative commenters from CinemaCon said that in the Gollum and Bilbo scene they didn’t mind it and got used to that,” Jackson said. “That was the same 48 frames the rest of the reel was. I just wonder if they were getting into the dialogue, the characters and the story. That’s what happens in the movie. You settle into it.”

A source close to the director did reveal that he took note of the criticism and is working on improving this new, magical technology.

The world of technology does not sleep and continuously progresses. Jackson is trying something new and innovative; a little more credit is due. Let’s not get our knickers in a bunch before we see the complete, finished product. Deal?