Oy, what a mess. The IRS claims that Anna Nicole Smith owes them a hefty lump of money, and they are not afraid to confiscate it. 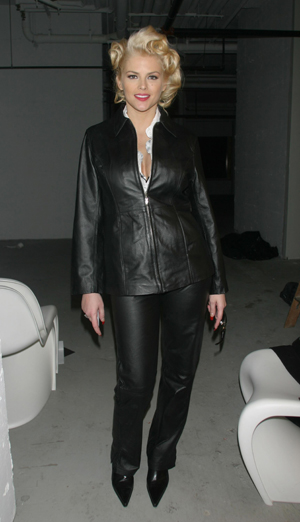 Well, an amendment is in order here: There is one thing in life you cannot escape even in death — taxes.

The IRS is seeking some back taxes owed by the late Anna Nicole Smith from previous years. Oh yeah, don’t expect courtesy or exemption from the IRS just because you’re dead… Even that won’t stop them.

Well, obviously they smelled the treats and want to shove their hands into the cookie jar. Whether the money will be obtained through the appropriation of the star’s possessions/property or otherwise is unclear.

So now all those films about faking one’s death (not to insinuate that Smith faked hers) to escape money troubles have been disproved — clearly your debt follows you errwhere. Doesn’t the IRS have enough live stars to pester about their taxes?

But there ye have it. Pay your taxes! What do y’all think?

50 mins ago
by Danielle Sinay