Sean Penn finally received some recognition for his hard work in Haiti. The actor received the 2012 Peace Summit Award on Wednesday. 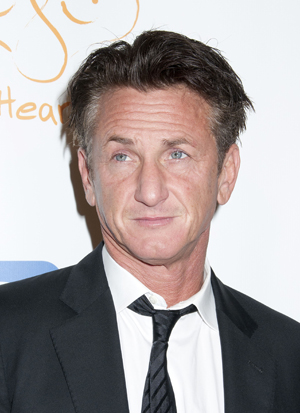 This guy’s been a do-gooder for a while now, but now it’s official…

“It’s an overused phrase, I know, but I trust you know it’s genuine today: I am humbled. I’m trembling, and I like it,” stated Penn while accepting the award.

“It would take a poet laureate to describe for you the courage and the dignity of [Haiti’s] people,” the actor continued. “There are no people on earth more willing to pull themselves up by their bootstraps. But as Dr. Martin Luther King said, it’s fine to tell a man to pull himself up by his own bootstraps, but evil to tell a man to do so without boots.”

Penn can talk a lot of smack about politics, but when it comes right down to it, he knows what needs to be done, and he will be the one to get it done. The actor does not receive nearly enough credit for his humanitarian efforts and dedication.