She’s brash and opinionated and seems forever on the prowl for her next heated debate. We take a look at Rosie’s penchant for conflict and some of the most memorable feuds she’s been embroiled in. 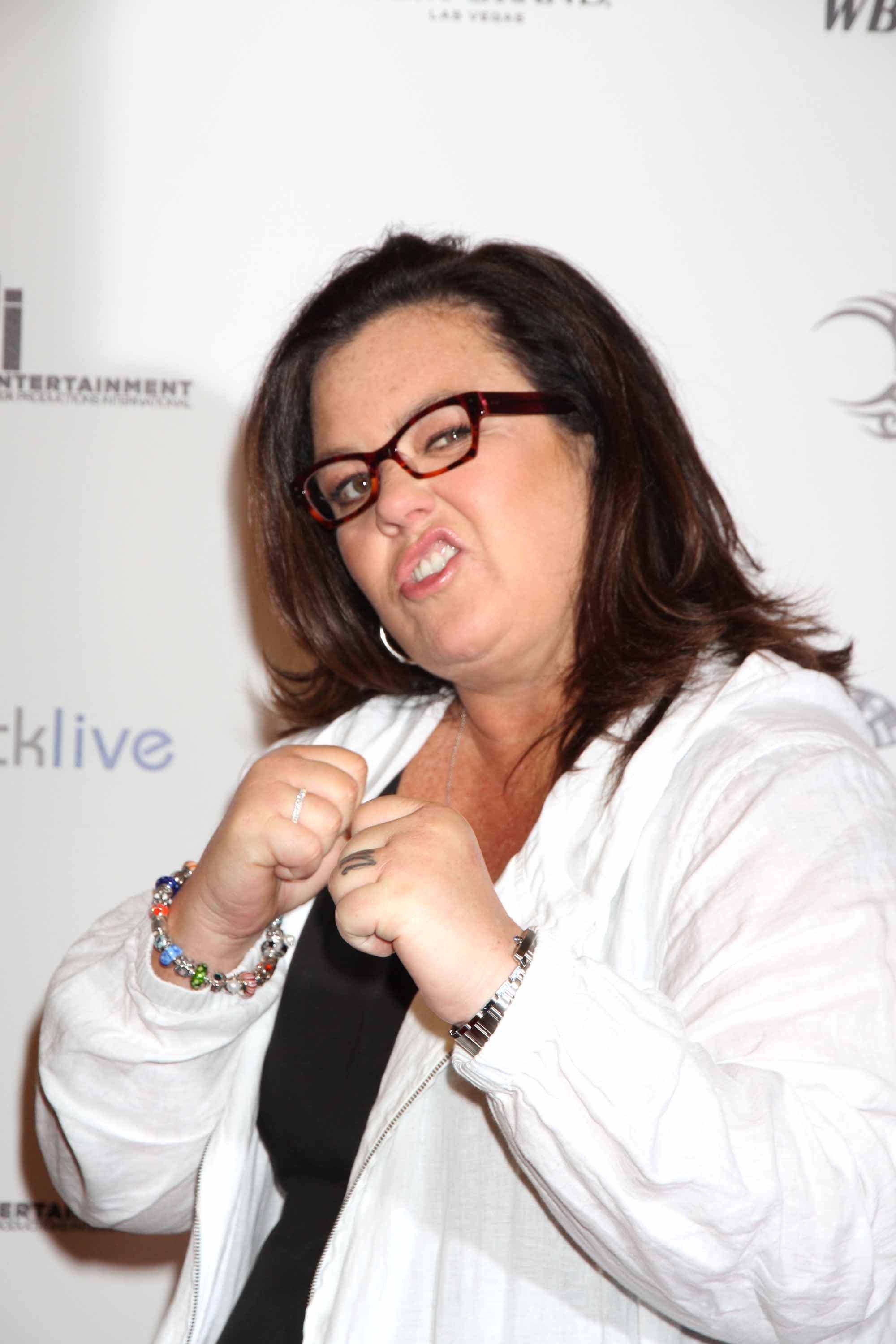 Step right up, folks, and see the unshakable Rosie O’Donnell take on the world. While most celebrities generally have their people make statements for them or quickly issue apologies for speaking ill of other people, the confrontation queen prefers speaking her own very opinionated mind, regardless of the consequences. In fact, it’s almost as though Rosie is constantly looking for a fight, anxiously awaiting the reactions of those who dare contradict her.

We remember the days when Rosie O’Donnell was the adorable, sassy talk show host from the ’90s, with a penchant for musical theatre and koosh balls. Somewhere along her merry way, though, Rosie turned ultimate fighter, poised to publicly fight anything or anyone that rubbed her the wrong way. We admire her chutzpah, but we’re pretty sure even Mike Tyson would think twice before stepping into the ring with her. Rosie certainly has been involved in some pretty memorable feuds in recent years. Let’s take a look at some of those gruesome faceoffs:

Occurring at this very moment, Rosie and Lindsay Lohan‘s dad are at it over the announcement that LiLo has been cast to play Elizabeth Taylor in the late actress’s upcoming biopic. Rosie recently told The Today Show that she doesn’t think Lindsay is an appropriate choice for the part, incapable of portraying the Hollywood legend at the moment. She even went so far as to call anyone who thinks she is the right choice a “crackhead.” Enter Lindsay’s heroic father, Michael Lohan, who was quick to defend his daughter and criticize Rosie. He threw a jab at her own career and life choices, stating Rosie isn’t one to look down upon a person who has experienced some personal and professional failures. We’re all looking at Rosie’s corner now, waiting for her to swing the next punch.

It all started when an impassioned Rosie decried The Donald on The View after he decided to give then Miss USA Tara Conner a second chance despite her problematic (and not very role model-friendly) alcohol and drug abuse. Rosie then started attacking Donald’s person, making very clear her extreme distaste for everything about him and his morals. She even spiced things up with a little impression of The Donald and topped everything off with, “Donald, sit and spin, my friend.” Never one to let his dignity be compromised, Donald Trump was up in Rosie’s grill immediately, firing back with his own criticisms of Rosie’s character and appearance and calling her some pretty rotten things. He went so far as threatening to sue Rosie for stating false information about him, which he thought would be “fun.” And on and on it went, back and forth, and soon Barbara Walters was involved, showing solidarity with Rosie, which The Donald refuted and yada yada yada… A few years later, after what smelled like a bit of a truce, the two were at it again, this time on Twitter, publicly bickering over who was a bigger jerk and loser. They must be very bored.

The Donald Trump and Rosie battle would have been enough drama even for The View, but Rosie still had some fighting left to do. Disappointed that Elisabeth didn’t defend Rosie when she was criticized for her comments about American troops in Iraq, Rosie lashed out at her co-host, calling her “cowardly” and insisting that Elisabeth had an obligation to Rosie’s defense. Elisabeth countered that it was not her responsibility to explain Rosie’s opinions and told her to “defend your own insinuations.” The argument got so heated that the network kept it on the air even through commercial time, displaying debating Elisabeth and Rosie on a split screen. Rosie did not return to The View the following season, but apparently she and Elisabeth are on good terms now.

One day, Clay Aiken was guest hosting on Live! With Regis and Kelly. At one point, Clay put his hand over Kelly’s mouth to stop her from talking — a joke! — but a slightly taken aback Kelly reacted with, “I don’t know where that hand’s been, honey.” Rosie didn’t miss a beat, calling Kelly’s remark homophobic, insisting that if a straight man had done the same, her reaction would have been much more positive. Almost as soon as the statement left her mouth, Kelly Ripa was on the phone with The View, calling what Rosie had just said outrageous. She explained that, because she has children, she was very conscious of the risks of cold and flu season, which are easily transferable from one’s hand. Rosie defended herself, saying that from her position as a gay woman, it came across as homophobic. On the upside, Kelly didn’t get the flu.