It’s sad but true. Comedian and actor Martin Lawrence and his wife are getting a divorce after being together for nearly two decades. 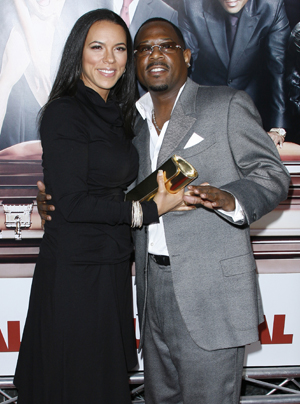 Well, this is no joke, everybody. Martin Lawrence and wife Shamicka Lawrence are getting a divorce.

It was reportedly a “joint decision” for the couple to take a train to Splitsville after being together for more than 15 years (although they married only in 2010).

“Out of love and respect for one another we will continue to remain friends and raise our two beautiful daughters together,” the couple said in a statement.

The Lawrences have two children. This was Lawrence’s second marriage; he has another daughter with ex-wife Patricia.

They stayed together for over 15 years! It’s crazy to think that after so long a person can say “it’s over” — what are we mere mortals to do?