This is no laughing moment… Well, maybe just a bit. Rihanna experienced an embarrassing mom moment at the Time 100 Gala, prompting the singer to tweet about her cringing family moment. 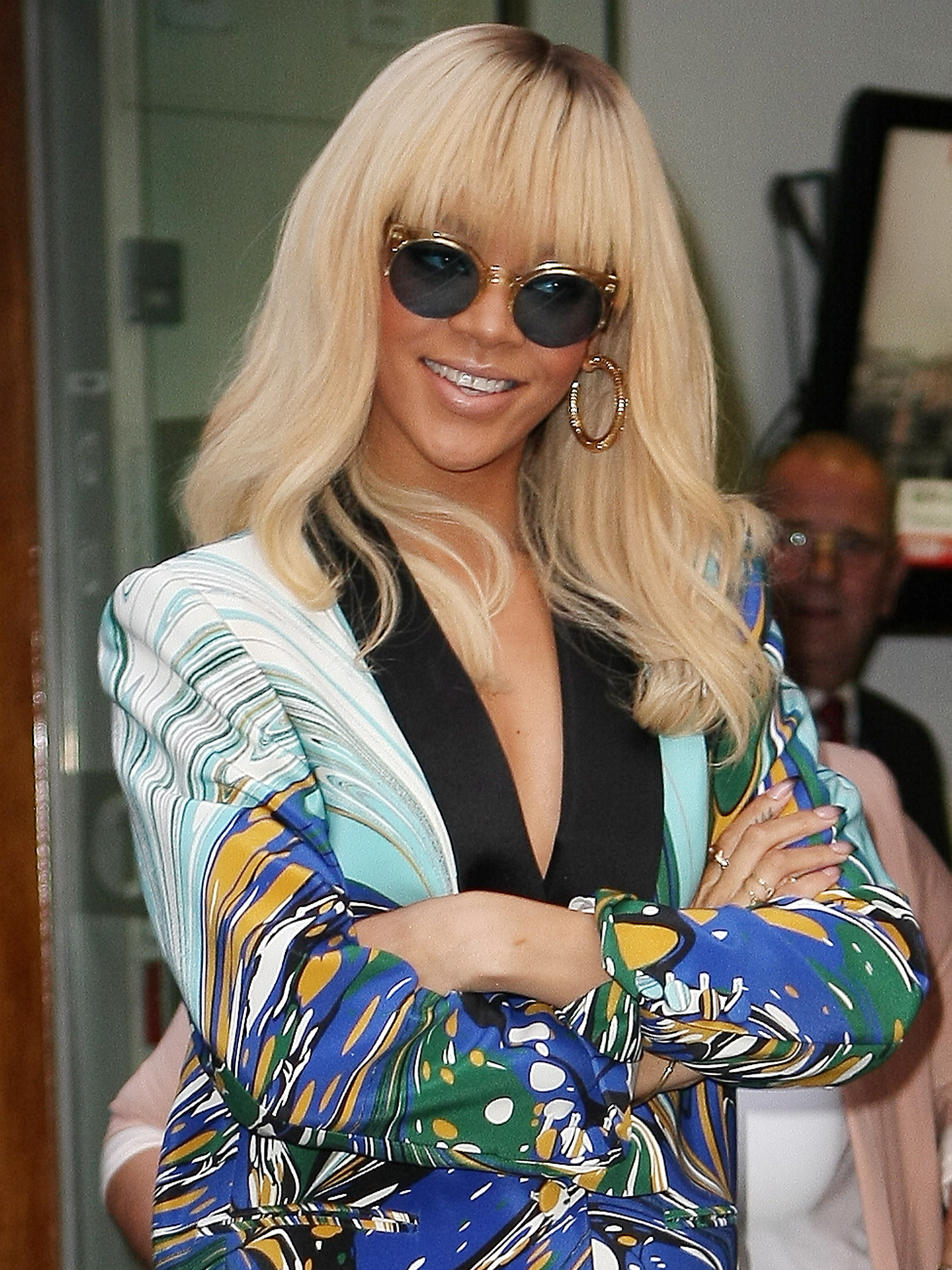 Talk That Talk artist Rihanna experienced an embarrassing mom moment first-hand at the Time 100 Gala last night in front of guests that included President Obama, Hillary Clinton and the Duchess of Cambridge. Rihanna, who invited her mom to the event as her date, tweeted to her fans of her mom’s not-so-appropriate conversation during at the esteemed event.

“Well….2nt consisted of us singing Bob Marley, drinkin Vintage Scotch, and my mom thinkin a joke abt Kutcher was appropriate! #Thxtime100,” tweeted Rihanna. It seems Rihanna’s mom, Monica Braithwaite, briefly joked about the rumours going around about her daughter and Two and a Half Men actor Ashton Kutcher at the gala.

But of course, with her ability to laugh off situations and not get caught up in drama — she does her best, anyway — the singer continued to enjoy the night, even snapping a happy photo of her and her mommy. Rihanna also performed at the event.

I guess moms do keep up with their children’s personal lives, even if what they hear are just rumours. Rihanna and Ashton were first linked when the singer was spotted at his house one night, reportedly staying until 4 a.m., according to the Daily Mail. As of now, Ashton has been linked to his ex and former That ’70s Show co-star Mila Kunis.

We wonder if Ashton’s mom is keeping up with her son’s trysts. Hey, Mrs. Kutcher, did you know your son is reportedly dating Mila Kunis?