The Hobbit is a widely anticipated film with an enormous fan following, but when the critics had a sneak preview of the newest hobbit adventure, surprisingly it was not the storytelling they were unhappy about. 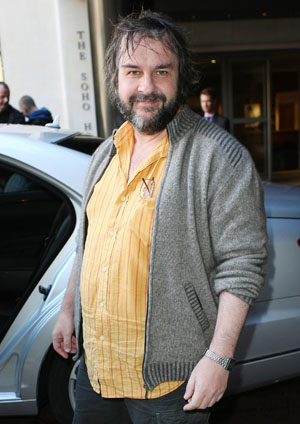 Ah well, no one appreciated Einstein at first either…

Peter Jackson screened 10 minutes of his newest masterpiece, The Hobbit: An Unexpected Journey, at the CinemaCon 2012, and not all critics fell to their knees before it.

Well, apparently nowadays most movies are filmed at a standard rate of 24-frames-per-second quality, but Jackson (being a genius of sorts) filmed The Hobbit at a record-breaking 48 frames per second. The upgraded quality is meant to be easier on the eyes and should enhance the 3-D experience. But not everyone appreciated it…

Another critic stated that the film snippet looked more like a visit to a set rather than a finished movie product. But on the brighter, sunnier side of things, some critics did like it.

“You cannot get a more genuine, realistic viewing experience than this unless you are watching a performance live,” stated About.com‘s Rebecca Murray.

Obviously a movie with such a huge fan following will receive divided reviews — not everyone can be won over. But innovation is important, so it will certainly be an interesting film experience.

What do y’all think?