As if Johnny Depp is not a big enough reason to see The Lone Ranger. Now Jack White is on board to create the score to accompany the ol’ Western. 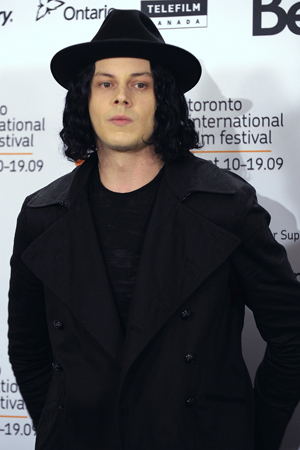 What do you get when you cross Johnny Depp with his look-alike, Jack White? Why, you get The Lone Ranger, of course!

The White Stripes and Raconteurs musician has signed up to compose the music for the rebirth of an old Western tale.

“So we’re going to have a little rock ‘n’ roll score, and I can’t wait to hear his rendition of the William Tell Overture,” announced the film’s producer, Jerry Bruckheimer, on Tuesday at CinemaCon.

This is White’s first score, although he performed several traditional roots songs in the film Cold Mountain. No word yet on whether the musician will appear in the movie himself, but that would be mighty neat, in our humble opinion.

The Lone Ranger already has a handful of skeptics ready to shoot it down, so it needs to deliver. Bruckheimer revealed some other juicy bits about the movie…

“We have the classic elements, the big white hat for the Lone Ranger, though he’s not wearing his blue suit,” the producer said. “But he has his black mask, and he has silver bullets, and of course he has his horse Silver. Everything else is slightly different.”

Well, as long as Silver and the mask are in, the rest can be scrapped, for all we care.

The film will recount the story from Tonto’s perspective and is currently being filmed in New Mexico. It’s scheduled for release in May 2013.

There ye have. Opinions?