Sinead O’Connor is a feisty Irish woman — you never know what she’s thinking. But she’s finally taking the advice of her doc and taking it easy to focus on her mental health. 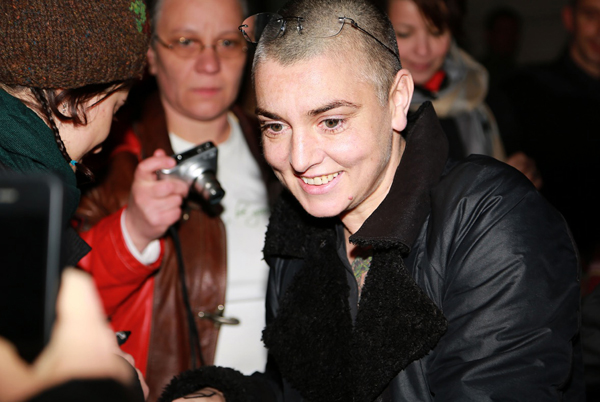 It’s been quite a turbulent year for Irish songstress Sinead O’Connor.

She hit Twitter like a typhoon, asking her fans for advice on suicide and ranting about society. She also got married to a man named Barry Herridge in Vegas — only to get a divorce three weeks later.

On Monday the singer announced that she is cancelling her 2012 tour on doctor’s orders due to her bipolar disorder.

“With enormous regret I must announce that I have to cancel all touring for the year as am very unwell due to bi polar disorder,” read the message on O’Connor’s website. “As you all know I had a very serious breakdown between December and March and I had been advised by my doctor not to go on tour but didn’t want to ‘fail’ or let anyone down as the tour was already booked to coincide with album release.

“So very stupidly I ignored his advice to my great detriment, attempting to be stronger than I actually am. I apologise sincerely for any difficulties this may cause.”

O’Connor checked herself into rehab for depression in January, but claimed she was misdiagnosed with bipolar disorder. But it appears she may have accepted the doc’s advice and is taking it easy.

Hopefully Sinead can focus on her health, recuperate and hit the tour lane when she is ready. Yes?