Sounds like a cute story. Josh Hutcherson named his newly rescued puppy after one of Ryan Gosling’s characters. The question is, which one? 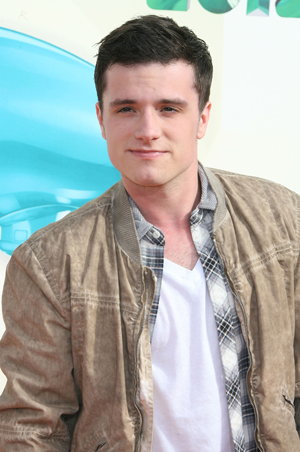 We’re all already in love with Peeta Mellark of The Hunger Games; it turns out the actor who plays him ain’t half bad either…

Last week, Josh Hutcherson adopted a wee little 3-month-old pit bull from the Hands Paws Heart animal rescue group. The pup had to undergo surgery for a broken leg before the actor could take him home.

What’s the doggie’s name, you may ask?

Hutcherson named the pit bull after his favourite movie character (who happens to be played by Ryan Gosling). Cute, right? Yeah, it just happens that his favourite film sees more red than a blood donation clinic…

“I’m obsessed with the movie Drive, and Ryan Gosling’s character was named Driver,” he told Us Weekly. “I always thought it was a good name for a dog, so it just kind of worked out.”

A pit bull named Driver. Considering that these pups need to always be muzzled under several legislatures in Canada and the U.S., the name is only too appropriate — or maybe, in that case, inappropriate.

But Ryan Gosling has given us many inspiring characters — why not name your dog Hercules or Noah? Or maybe Lars?

Nonetheless, let us overlook the name and focus on the fact that the 19-year-old actor rescued a dog. Yes? Good.