The Hunger Games franchise will not go without a father figure. A new director for the film has been announced. 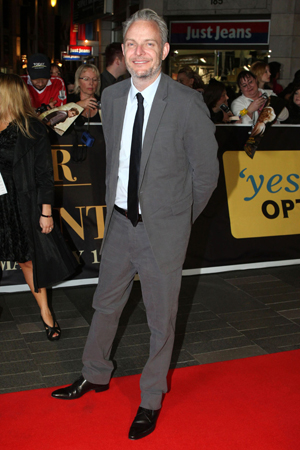 Last week, many a heart were broken by the news that Gary Ross — director of the The Hunger Games — had left the franchise, and thus, the massive search for his replacement ensued. Dun, dun, dun.

So who will be wearing the director’s cap on the The Hunger Games sequel, Catching Fire?

According to E! News, Lionsgate has gotten its little hands on Francis Lawrence, whose resume includes I Am Legend, Constantine and Water for Elephants.

Whether Lawrence can take on a franchise of The Hunger Games’ proportions is a mystery. Constantine and Water for Elephants have not received much love from the critics. Let’s hope he can keep up.

There has not been any official statement from the studio yet, but we can already begin our dream casting for Catching Fire ourselves, yes?