Famous drummer and singer Levon Helm of The Band passed away on Thursday from throat cancer. 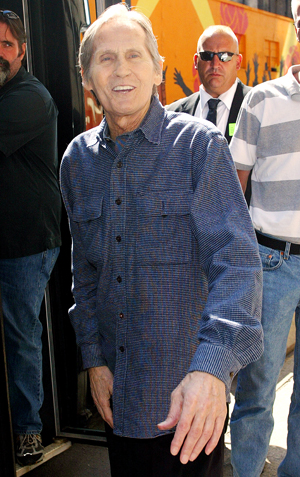 An unkind week for the entertainment world. First we were shaken by Dick Clark’s sudden passing, and now, Levon Helm.

The musician died peacefully on Thursday in Memorial Sloan-Kettering Cancer Center in New York from throat cancer, surrounded by family, friends and band mates. He was 71 years old.

Helm was the only non-Canadian member of the iconic roots rock group The Band. Comfortably nestled within his drums and Southern vocals, Helm was a musical legend.

“Levon was the best rhythm man I’ve ever seen,” stated musician Ronnie Hawkins. “He had no schooling in music, but he already had a reputation by the time he started with me.”

Helm started out in Hawkins’ band, The Hawks, where he met other musicians who would later join The Band. Helm led The Band to stardom; the group broke up in 1976. Levon inspired musicians for decades, including Bob Dylan and even Elton John.

“When I heard The Band’s Music from Big Pink, their music changed my life,” Elton John told Entertainment Weekly. “And Levon was a big part of that band. Nigel Olsson, my drummer, will tell you that every drummer that heard him was influenced by him. He was the greatest drummer and a wonderful singer and just a part of my life that was magical.”

Condolences to the family.