Chris Evans is the latest celebrity to admit to having been an awkward youth. That’s nice, Chris, but don’t expect us to break out the violins. 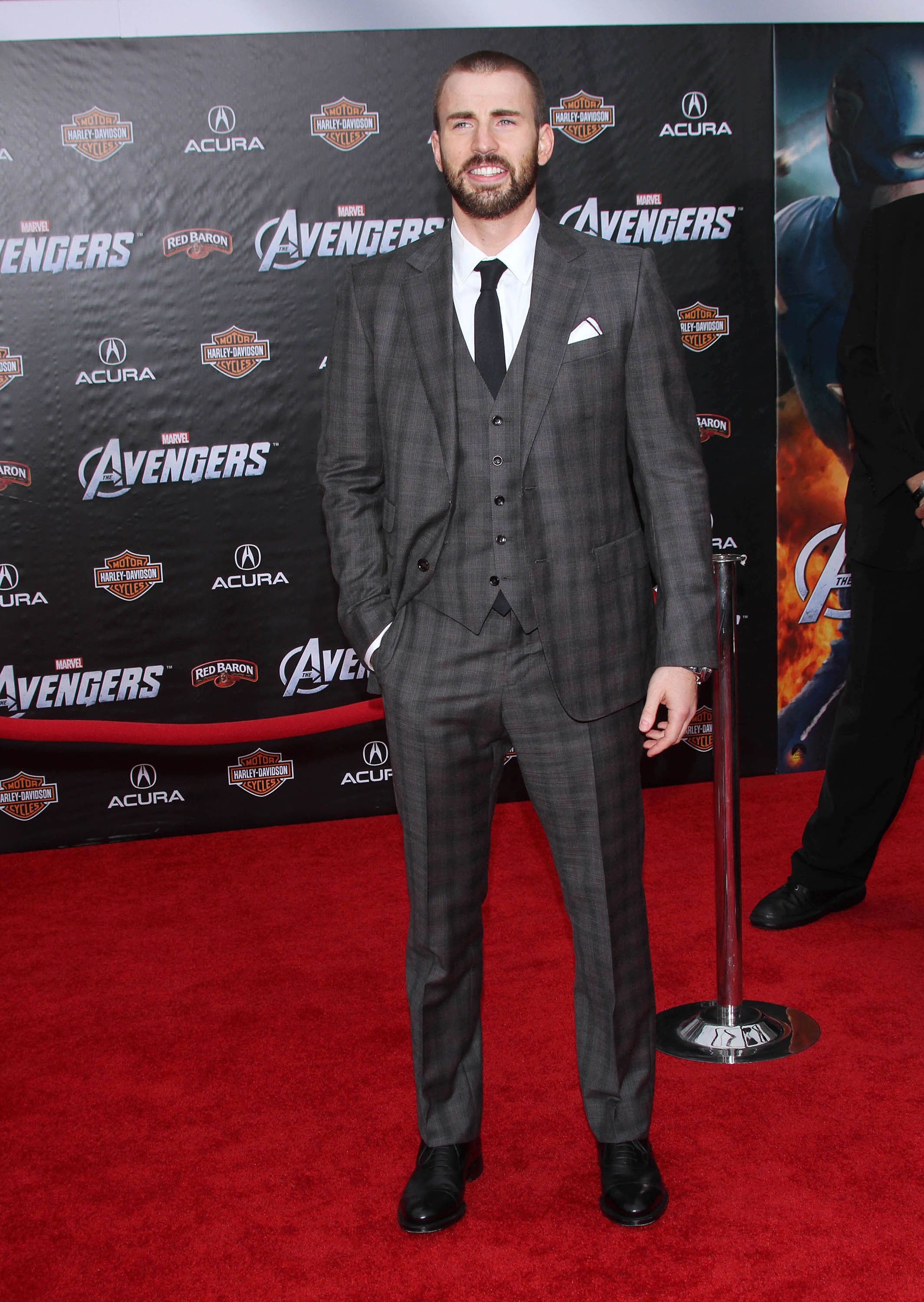 Guys, did you hear? Chris Evans used to be ugly! Can you believe it? Not just that, but he lost his virginity when he was a senior in high school and could barely land a date before that. The poor guy was totally awkward during his teenage years. Isn’t that so adorable?

Well, it might be a little bit more so if he didn’t reveal all of this information during a high-profile Playboy interview to promote his new movie, The Avengers, in which he stars as the very hunky and courageous Captain America — the antithesis of ugly and awkward. Chris Evans is the last thing anyone would picture as having a hard time with the ladies or his looks, yet he candidly — proudly, even — draws attention to the fact that he, Captain America himself, was something of an ugly duckling.

Why is it that celebrities feel compelled to share with us that they weren’t always so gobsmackingly beautiful? We can see how they might fool themselves into thinking they’re doing the regular-looking people a favour by assuring them that they’ve been there too. But rather than this making them seem more down to earth, it actually comes across as a bit condescending; at the end of the day, they’re still going to be gorgeous, and the public on average is going to be, well, average. Perhaps they believe the public will join them in their amusement at the irony that they, some of the human species’ finest specimens, actually started out unpleasant-looking. This, of course, just makes them appear totally arrogant, as they feign humility while actually re-emphasizing their hotness. The truth is, when beautiful celebrities tell their personal ugly duckling tales, it accomplishes exactly the opposite of what they want it to.

Take Megan Fox as an example. She is unanimously recognized as one of the most drop-dead gorgeous actresses in Hollywood. Yet even she, who constantly needs to bat drooling men away with sticks, claims to have been through some adolescent woes, living out her high school years as a bit of a loner. Or Tyra Banks, one of the world’s most successful supermodels, who has gone on record claiming that she was made fun of for her looks when she was younger. We’re not taking away from these beauties the fact that they must have experienced unpleasantness in their youths. We just have a hard time feeling all that sorry for them when they have made millions off of their outer beauty. Most people who go through the same things that these stars did don’t come out on the other side as some of the sexiest people alive.

The thing is, we love hearing about celebs’ backstories and can’t get enough of in-depth interviews that reveal a deeper side of them, and we realize that their recollections of the perils of adolescence are sort of unavoidable. Maybe stars could acknowledge — even revel — in their current beauty before they give us the details of their acne or unibrows. Because no matter how much they profess that they were the ugly ducklings, it will never change the fact that they are now the breathtaking swans we all want to be.