Famous TV show host and entrepreneur Dick Clark passed away today in Santa Monica from a heart attack. He was 82. 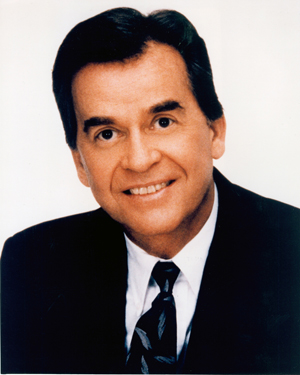 The pop culture icon died of a “massive heart attack” at St. John’s Health Center in Santa Monica whilst recovering from a medical procedure performed last night. Clark also suffered a stroke back in 2004.

“Attempts to resuscitate were unsuccessful,” Clark’s agent, Paul Shefrin, said in a statement. “He is survived by his wife Kari and his three children, RAC, Duane and Cindy.”

Clark was famous for his ageless enthusiasm and energy. He was involved in everything from teen programming to specials, game shows, music shows and even feature films. And of course, no one could forget three decades of New Year’s Rockin’ Eves.

Dick Clark Productions backed up various television programs like the Golden Globes, American Music Awards and So You Think You Can Dance. Clark was a force to be reckoned with on- and off-screen.

Singer and songwriter Hank Ballard said once about Clark, “The man was big. He was the biggest thing at the time in America at that time. He was bigger than the president!”

Condolences to his loved ones. His influence on pop culture will not be forgotten.