After three months out of the spotlight, Demi Moore has begun making her return. First order of business? Changing her @mrskutcher Twitter handle to something a little more appropriate. She’s asked for her followers’ help on this one, so we thought we’d lend a hand! 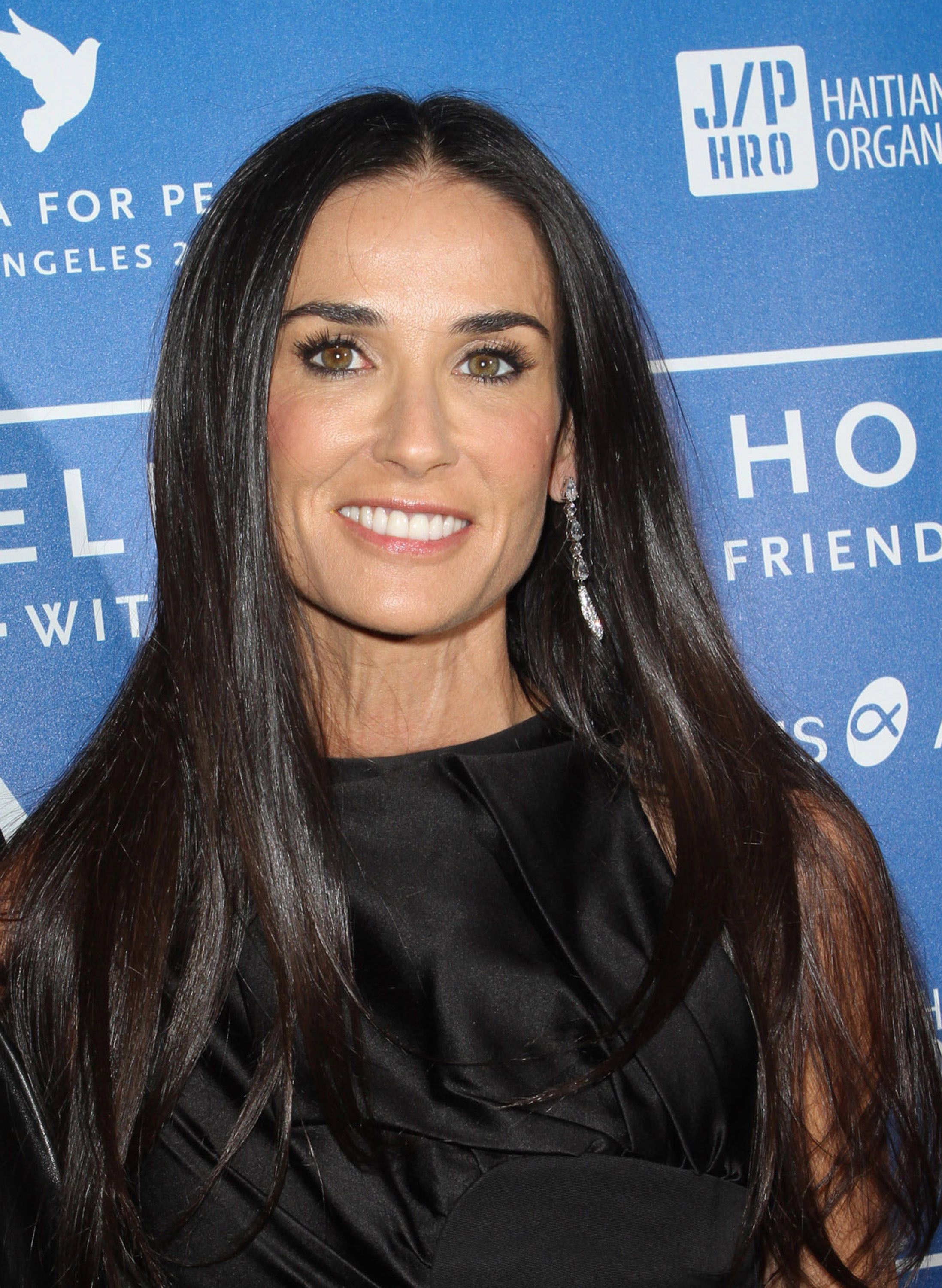 Twitterverse, rejoice! Demi Moore has made her return. After popping out of her three-month rehab shell to attend a Beverly Hills party in support of her friend Amanda de Cadenet’s Lifetime TV show The Conversation (which Demi also happens to produce), Demi made her way back onto Twitter and into our hearts.

But now that she’s back, Demi needs to do some virtual housekeeping. Since being in recovery after her marriage fell apart obviously meant not attending to the accuracy of petty issues like her Twitter handle, it currently stands as @mrskutcher, which is just a bit awkward, now that she is no longer attached to Ashton Kutcher. Luckily Demi didn’t miss a beat and immediately tweeted to her followers that she is now taking suggestions for a new Twitter name. Allow us to assist you, Ms. Moore!

There was once a time when the term “cougar” only referred to the animal that would maul you on a hike through the mountains. But then everything changed when Demi Moore proudly paraded her new arm candy around Tinseltown — a Mr. Ashton Kutcher, who was 15 years her junior. From that moment on, cougars came out of their dens in triumph, while society at large granted its approval to what it used to deem an unconventional kind of relationship. Thanks to Demi, the world is forever changed, with cougars dominating TV land and women of a certain age celebrating their maturity and finding the confidence to get it on with their own little cubs. But of course, though thoroughly fitting for Demi, this handle might be too much of a reminder of how happy she and Ashton used to be. So we’ll just put that one in the “maybe” column.

One of Demi’s most famous film roles was as JoAnne Galloway in the acclaimed A Few Good Men. That movie gave us a lot of things, not least of which was a young Tom Cruise in uniform. Most important, though, it contributed to popular culture the instantly recognizable line “You can’t handle the truth!” uttered by the film’s other star, Jack Nicholson. But this Twitter name works on a more personal level too. Now that she’s making her comeback, Demi is primed to re-establish herself as a strong woman prepared to face the mess she left behind. She’ll not only be able to handle the truth like a champ, but she’ll also be able to grab it by the you-know-whats and show it who’s boss.

For this one, we take inspiration from her own name. Demi, of course, is also a way of saying “half.” We’re going to hope that Demi (Moore, that is) is feeling optimistic about what her life now holds sans Ashton, which this handle would suggest. We have faith that our Demi is going to be a glass demi full type of lady.

Of course, if she’s not interested in taking the high road, there’s always the immature one. This Twitter name really needs no explanation, other than the fact that they probably won’t allow anything much more expletive than “pansy.”

5 things we want to happen at Brangelina’s wedding
Dear Oprah, may we show you around?
Halle Berry changes her tune on marriage: “Never say never”