They’re finally getting married, people! While there’s probably no chance in this life that we’ll ever be invited to Brad Pitt and Angelina Jolie’s wedding, we’re still going to entertain ourselves with thoughts of what we want to happen (but probably won’t) at the most anticipated event ever. 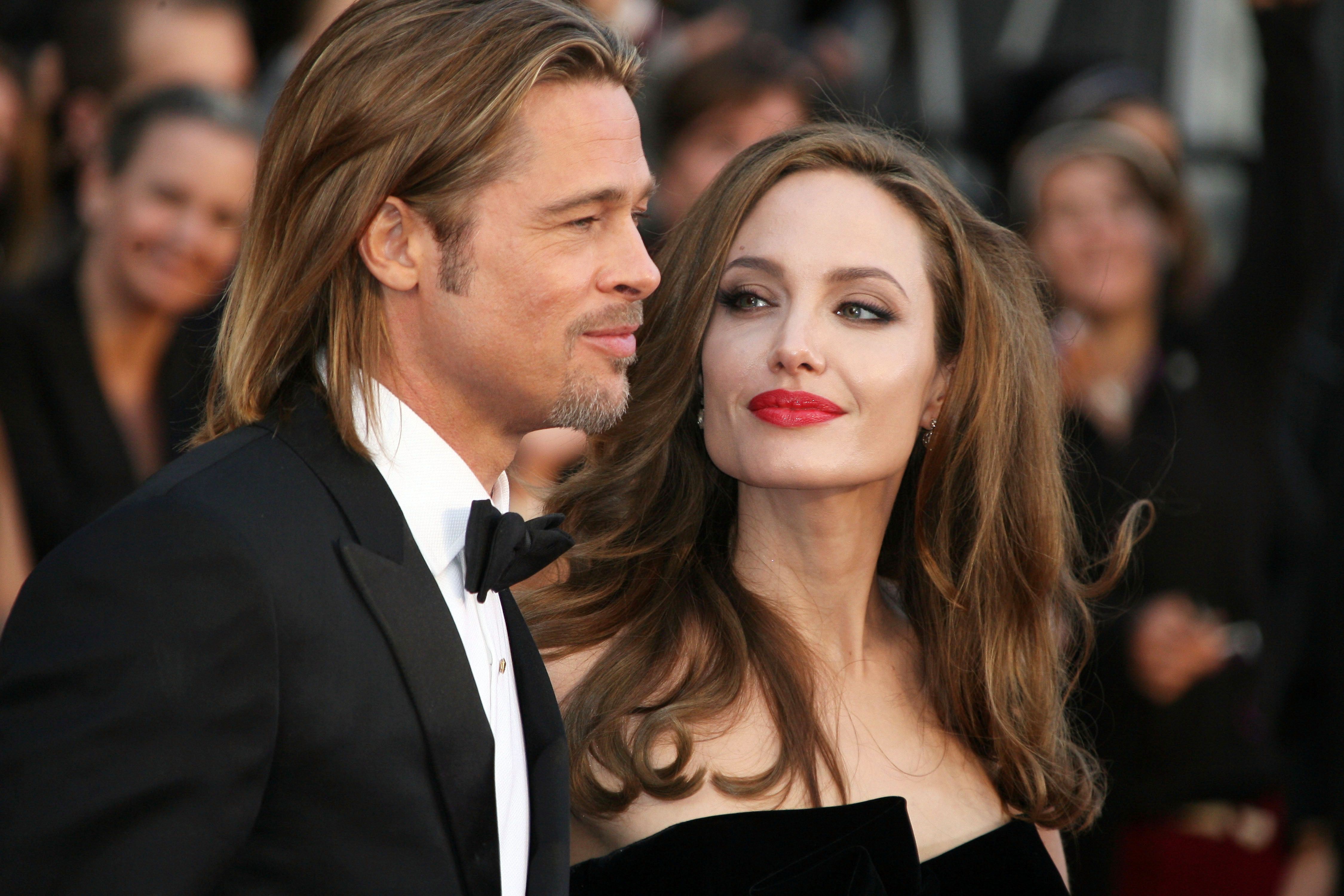 William and Kate, you’re about to have some competition. Brad Pitt and Angelina Jolie are finally getting hitched, which will make them the official reigning king and queen of Hollywood, claiming a celebrity status that stands to rival the actual royal family’s. It has been impossible for us to contain our excitement since hearing the news; all we can do is fantasize about what has the potential to be the greatest wedding ever (again, sorry Will and Kate).

We say “potential” because, knowing Brad and Angie, they will likely keep things very simple and intensely private. Though they could easily make Kim Kardashian‘s made-for-TV wedding look cheap, the public at large will only get whiffs of what went on at what will probably be a closed-to-the-media-or-risk-your-life event.

Thank goodness we have our imaginations to make up for all that! In our minds exists the most elaborate Brangelina wedding possible, where anything can and does happen. We give you our top five things we’d love to see go down at the wedding, but probably never will.

A live telecast in a movie theatre

We acknowledge the gross improbability of this ever happening, but we’re still going to dream. Fortunately no one on this side of the pond will have to wake up at 5 a.m. to catch the wedding in its entirety, as we did for Will and Kate’s. Unless of course Brad and Angie get married somewhere totally exotic and far off, which actually wouldn’t surprise us. Still, not even sleep will get in the way of our watching the wedding. And instead of watching it from our own lame TVs, we’d like to see it on a movie screen. It is only fitting that the wedding of the two biggest stars on the planet be broadcast live in movie theatres around the world. After all, it is because of movies that we fell in love with them; why not watch them celebrate their love on screen, where they belong?

A presentation by the exes

During one of the more recent Academy Awards, each best actor and actress nominee was honoured with a complimentary speech by a previous winner of the award. It was an uplifting thing to behold and established a strong sense of comraderie and celebration. We thought this might inspire something similar at Brad and Angie’s wedding. We’re picturing Brangelina standing at the altar, surrounded by their brood of children, and just before they take their vows, some figures appear through a haze of mist. As they approach, we see that those figures are all of the couple’s exes, come to send them off fondly to a life of happiness. There are no hard feelings here, just love and support. We hear from Juliette Lewis, Gwyneth Paltrow, Billy Bob Thorton and finally, Jennifer Aniston. With this salute, the ceremony proceeds, and the teary-eyed couple say their vows. Pass the Kleenex.

The gift of song from the kids

It is on account of the pressure from their children to wed that they are even getting married at all, so we think Brad and Angie’s kids owe their parents big time. What we’ve got in mind is, during the couple’s first dance, all their children getting up onto the band’s stage and breaking into a rousing a cappella rendition of We Are the World. The performance will also mark the official introduction of their sure-to-be chart-topping band.

A speech from Angelina Jolie’s leg

Don’t think you’ve heard the last from it! Angelina’s right leg can’t stand to be cooped up beneath a glamorous wedding gown all night. After a few too many glasses of Champagne, Angie’s right leg makes an unwelcome appearance, taking the mic away from George Clooney in the middle of his best man speech. The leg proceeds to claim all the credit for Angelina’s career and reveals that it and Brad have been having an affair for three years. Security then seizes the leg but realizes the complications involved in removing it from the party altogether.

Brad and Angelina welcome another child

The couple has reproduction down to a very impressive science. After a simple night of showing their undying love and affection for each other, Angie becomes pregnant, gestates fully, and gives birth right in the middle of the macarena.