Rihanna is taking life by the horns. The multi-talented singer is letting everyone know she’s ready to stop living in the past and move on — whether anybody likes it or not. 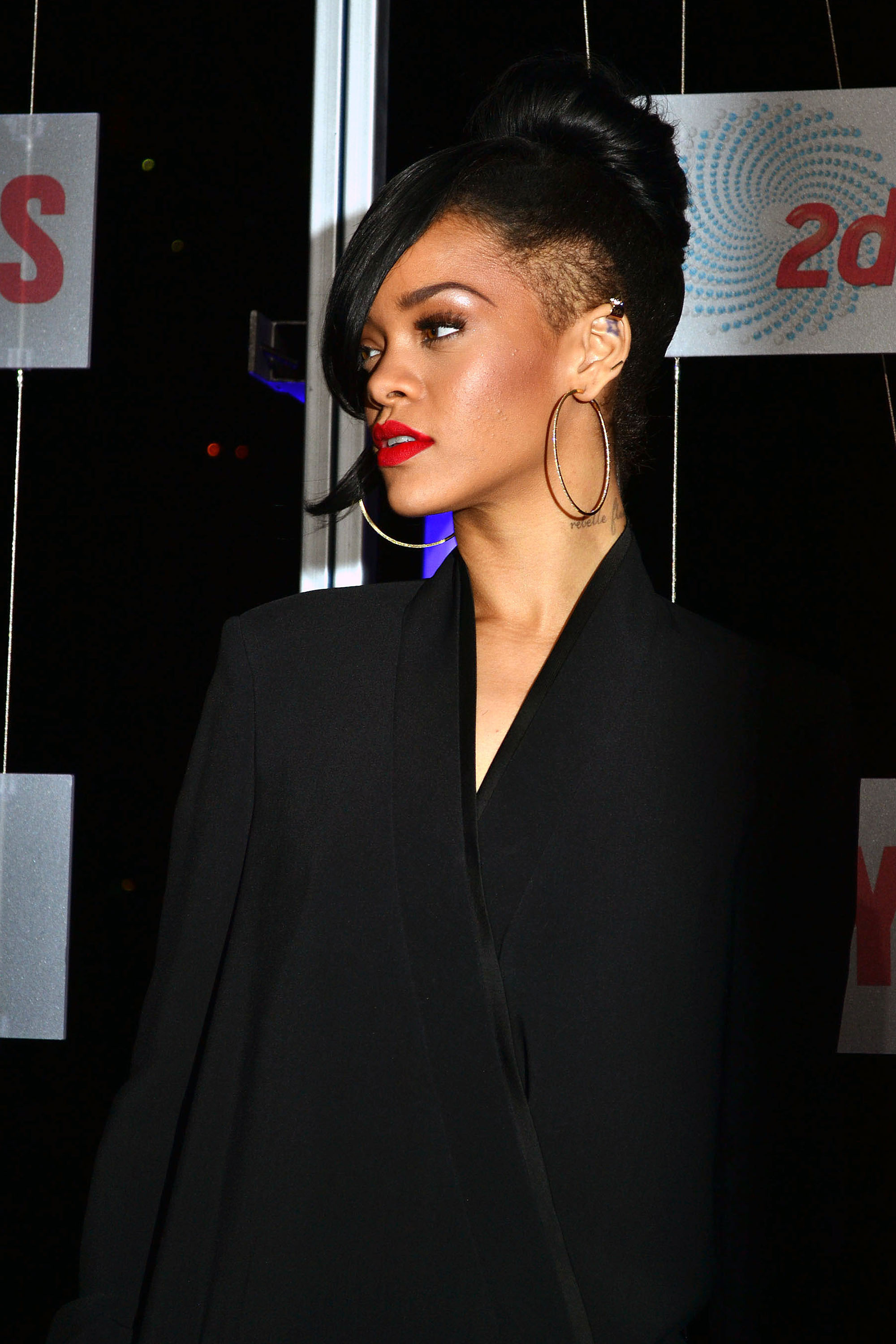 Rihanna is going to do whatever she wants to do.

That’s according to a quote in ELLE’s May 2012 issue, where the Battleship star looks stunning as the cover model in a light yellow studded Versace jacket and skirt. Rihanna, who at the time was blonde, looks sophisticated and daring — much like her true personality — in various shoots. And much like her daring photos, the singer is just as daring (and honest) as she talks about everything from kids, to love, to her relationship and reconciliation with ex Chris Brown.

“It gave me guns. I was like, well, f***. They know more about me than I want them to know. It’s embarrassing,” says Rihanna in an excerpt from her interview with ELLE. “But that was my opening. That was my liberation, my moment of bring it… I don’t have anything to hide.”

There’s no denying the 24-year-old’s love life has been in the spotlight ever since she was domestically abused by then boyfriend and singer Chris Brown in 2009. But since reconciling this past year with Chris, Rihanna has been scrutinized for even giving him a second chance, a decision which Rihanna tells the magazine she stands by.

“The bottom line is that everyone thinks differently. It’s very hard for me to accept, but I get it. People end up wasting their time on the blogs or whatever, ranting away, and that’s all right. Because tomorrow I’m still going to be the same person,” says Rihanna.

But it wasn’t just all about reliving the past for the Barbadian beauty. She also talked about her desire to have kids when the “time is right” and to find a man who is willing to step up to the relationship plate.

“I don’t think it has anything to do with being famous. There’s just a major drought out there,” she says. “But I just need to find the person who balances me out, because then things like my schedule won’t matter. I’ve done it before, so I know I can do it again.”