No time for a wedding. Well, right now at least. The Hollywood actress is putting the brakes on her tying the knot as she tries to focus on clearing up her busy schedule and getting back to her old self before walking down the aisle. 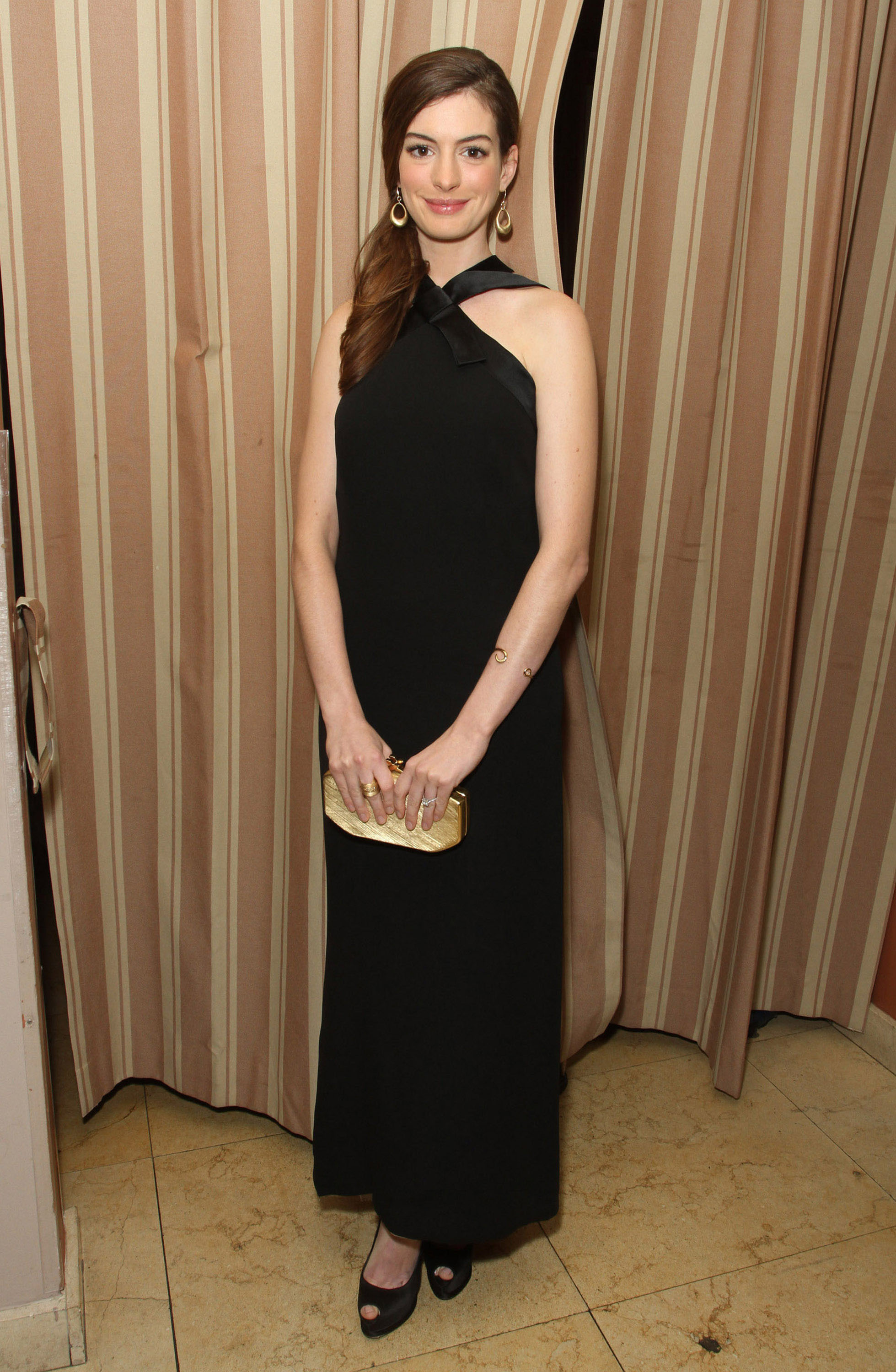 Anne Hathaway is one very busy woman — too busy to even plan her own wedding.

The Devil Wears Prada star is reportedly postponing her summer wedding to fiance Adam Shulman due to her hectic schedule. According to The Sun, Anne’s busy calendar isn’t the only thing halting her nuptials — the other is her hair.

“Anne’s worried there won’t be time to get back in shape and grow her hair for a summer wedding. She also has to promote her movie Batman,” says a source to The Sun. “They are thinking about postponing until later this year or maybe 2013.”

Hey, hair is a completely fair reason to move your wedding date. After all, you want your special day to be completely perfect in every way, including making sure that you have the perfect hairdo, right?

Recently the 29-year-old chopped off her hair for her upcoming role in the film adaptation of Les Miserables, where she plays Fantine. Anne has been wholly and completely dedicated to her coveted role. Besides snipping off her gorgeous locks, she went on a diet to help her slim down and accurately portray her character’s frail appearance.

The actress is also in the middle of preparing for the premiere of her other upcoming film, The Dark Knight Rises, which is set to be released this July.

Wow, Anne sure does have her plate full. We hope her fiance understands, though. I mean, she can’t help that she’s such an in-demand actress. We do hope she ties the knot sooner rather than later, since we all know what can happen when you keep pushing back something — and we don’t want that to happen.