The news is almost too much to handle! It’s true! Angelina Jolie and Brad Pitt are engaged. Hollywood’s power couple is finally going to tie the knot. Yaaaay! 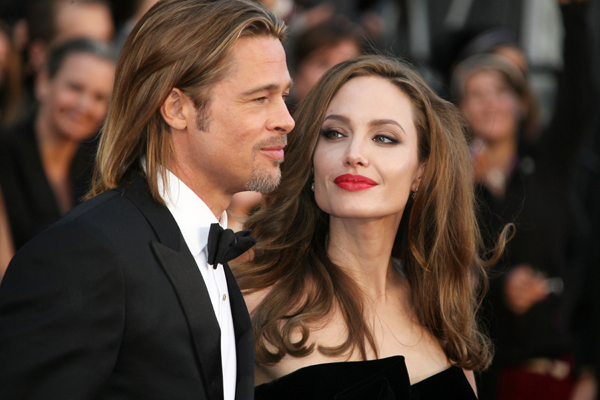 Hollywood’s most gorgeous and most talked-about couple is finally going to tie the knot.

“It is a promise for the future, and their kids are very happy. There’s no date set at this time,” stated Cynthia Pett-Dante, Brad Pitt’s manager. She also confirmed that Pitt designed the ring.

“Brad had a specific vision for this ring, which he realized over a year-long collaboration with Robert. He wanted every aspect of it to be perfect, so Robert was able to locate a diamond of the finest quality and cut it to an exact custom size and shape to suit Angelina’s hand,” the jeweller said in a statement. “Brad was always heavily involved, overseeing every aspect of the creative design evolution. The side diamonds are specially cut to encircle her finger. Each diamond is of the highest gem quality.”

Are you clapping your hands from excitement too? Brangelina have been together since 2005 and have six children together: Maddox, Zahara and Pax, who were adopted by the couple, and three biological kids, Shiloh and twinsies Vivienne and Knox.

This will be Pitt’s second marriage. He was famously married to and equally as famously divorced from Jennifer Aniston. Jolie was previously married twice — to Jonny Lee Miller and Billy Bob Thornton (a bit of a triple name trend).

Together, they create the Brangelina, a couple that is revered, feared, loved and envied. A couple that may be nearly perfectly bootyful, inside and out.

But enough with the hyperventilating… There ye have it. The engagement of the year, ladies and gentlemen. Goodspeed!