Finally! Chris Noth and girlfriend, Tara Wilson, have been enaged since 2009. Well, the couple tied the knot last week in an island paradise wedding. 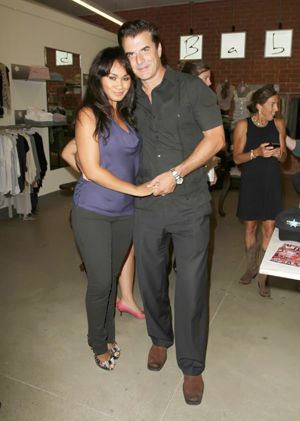 Noth, 58, met Wilson when she worked for The Cutting Room, an establishment he owns in New York City. They have been engaged since 2009 and have a son together, four-year-old Orion Christopher.

The couple married in a very private — meaning a handful of friends and family members — ceremony in Maui. E! News reports the couple spent their honeymoon weekend at the island’s Four Seasons.

A very un-Hollywood type of wedding. Usually stars opt for bells and whistles, like a marrying in a hot-air balloon over a volcano in Hawaii to the live performance of Bruce Springsteen dressed in a lobster suit… Wait, that may have just been a dream.

Congratulations to the happy newlyweds!

43 mins ago
by Ellen Niz