Would you want to see Britney Spears on X Factor? Simon Cowell sure would. According to reports, the pop star is on the verge of signing a $15 million deal to become a judge on the show. 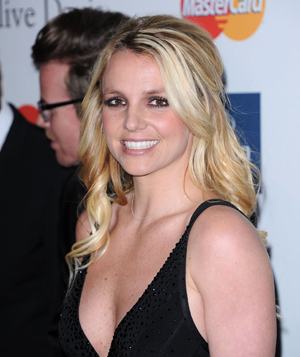 She’ll get paid how much?

Rumour has it, as does E! News, that Britney Spears is ready to sign a $15 million contract with Simon Cowell to become a judge for American The X Factor. The hefty figure was agreed upon after heavy deliberations, and it apparently appeased Brit-brit.

“Both camps were back and forth on the money, but now they have finally come to agreement on the fee,” an insider told E! News.

Holy shhh-uger! Is it getting hot in here, or is that an insane amount of money?

The X Factor rumour shenanigans began when Cowell fired Paula Abdul and Nicole Scherzinger from the judging table; if this rumour is confirmed, only one judge vacancy will remain. This will also make Spears the highest-paid judge on reality television, shooting Jennifer Lopez out of the ocean with her pocket change of $12 million.

Evidently Simon Cowell is a slave 4 u, Britney.

Neither The X Factor nor Fox has confirmed the deal. The show is scheduled to return in September.

What do ya’ll think? Bit-bit on The X Factor, yay or nay?