Nicki Minaj is irked that she has been compared to Lady Gaga, claiming that she couldn’t be more unlike the fame monster. But are they really all that different? 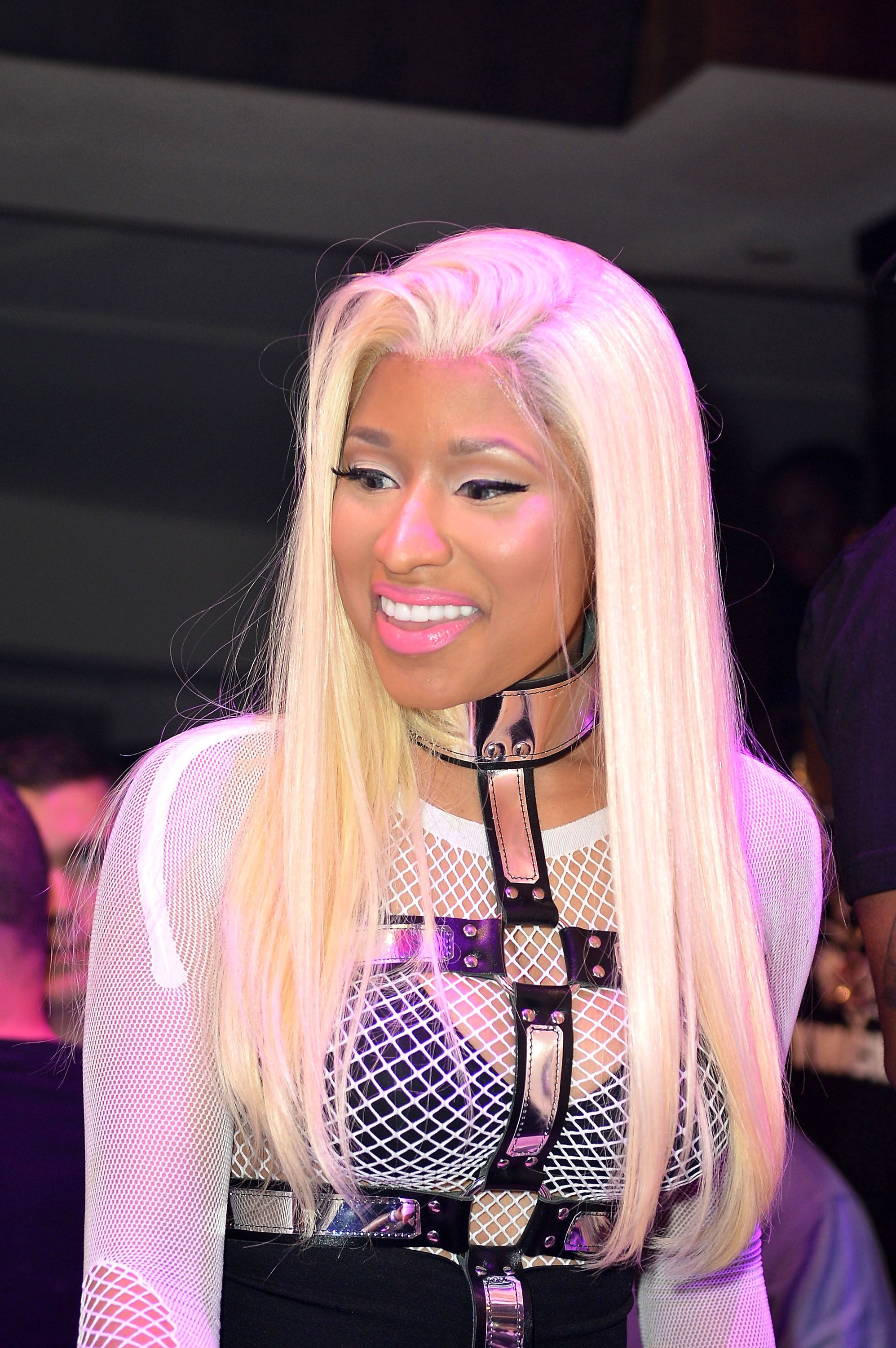 Nicki Minaj will gladly let you call her peculiar and whisper about her wildly unpredictable style. But if anyone says that she has that weirdness in common with anyone else, she just might cut a b****. Nicki Minaj claims to be a bit “irked” by remarks that have suggested she and the other reigning pop music weirdo, Lady Gaga, are similar in their approaches to their music and looks. Nicki explains that the two are “in completely different lanes” that never cross, and that she simply doesn’t see the similarities.

We hate to break it to you, Nick, but you may be a bit nearsighted. From where we stand, you have plenty in common with Gaga. And Lil’ Kim and Missy Elliot and Cyndi Lauper. Sure, you may spread over to the R&B section of odd, theatrical musician, but that doesn’t mean you’re in your own category. The truth is, if Nicki were as different as she claims to be, she wouldn’t have the career she does.

That doesn’t apply to just Nicki Minaj, mind you. In fact, we’re going to come right out and say that there is not one current famous musician who can claim complete and utter individuality. This isn’t to say that none of them is a true artist; on the contrary, we think that they’re trailblazers in their own rights. What we mean is that, for a new musician to arrive (and remain) on the scene in a massive way, he or she needs to adjust the originality enough to remind the public of someone else.

This isn’t totally apparent at first. There are a lot of musicians who, at first glance, might appear to be exceptions. Lady Gaga is a perfect example. When she burst her quirky way into our lives, no one knew how to react. Who was this alien person singing such catchy songs to us? Surely the music world had never seen anyone like this before. But then we listened a little more closely to her music and let the shock of her presence wear off. As it turned out, Gaga reminded us of a couple other famous musicians: Madonna and Freddie Mercury. Gaga’s shocking attire and theatrical performances were simply taken to a level that would appeal to 21st century tastes and trends. Without the reference point of other surprising and unpredictable musicians, we may never have been able to understand, and therefore appreciate, what exactly Lady Gaga was going for. When you think about it, are there any recently famous musicians whose seemingly unique styles don’t bring about the reminder of someone else?

From a marketing perspective, you have to wonder if something like music can even be sold on a large scale if it isn’t in some way familiar. Though we may profess to want music that excites us and provides a brand new sound, the reality is that if there isn’t some element of familiarity in the music and the approach to it — in whatever genre — it’s probably less likely to become the next huge thing. And with the countless musicians out there, all vying for our attention in their own apparently unique ways, it is becoming even less possible to be a true original.

Don’t get us wrong: We love us some Nicki Minaj and all the other musicians out there who provide us with a steady soundtrack to our lives. But we’re not under the delusion that we’re listening to something totally groundbreaking. Nicki is one in the category of crazy-famous music weirdos. And she should be thrilled.

Jennifer Lopez’s surpise party for Casper Smart
Rihanna’s bro on sister: “I just want her to be happy”
Heidi Klum files for divorce from Seal